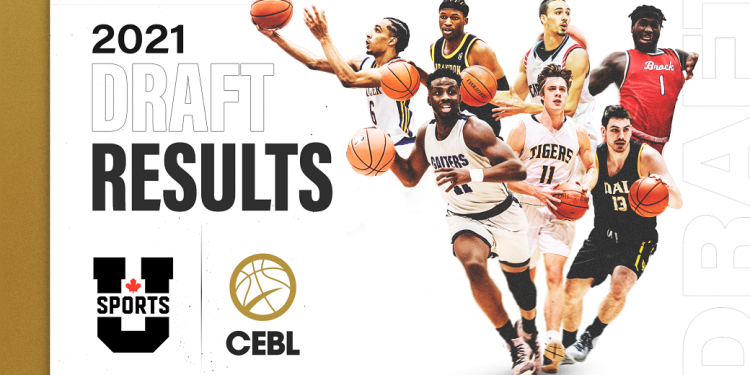 The 2021 Canadian Elite Basketball League Draft has come and gone. Now, it’s time to take a look at who the seven teams selected, how they fit and more as we get closer and closer to the league’s third season this summer.

Stats from 2019-20 unless otherwise noted

BREAKING: The Rattlers have announced their selections in the 2021 @cebleague @USPORTSca Draft.

The Rattlers have bolstered their 2021 roster with the addition of Nervens Demosthene, Alexander Dewar and Tyrese Potoma.

With the first pick in the draft, the inaugural CEBL champions, the Saskatchewan Rattlers, split their picks between a U Sports star and home province players. Firstly with the selection of Bishop’s Gaiters superstar Nervens Demostene, the Rattlers swung big on one of the best players in the country in the 2019-20 season. Demostene was the best player all season in the RSEQ and led the Gaiters back to the Final 8. Meanwhile, for the second year in a row, the team selected Saskatchewan Husky star, Alexander Dewar. Though Dewar didn’t crack the roster for the Summer Series, it’s clear with the team selecting him two years in a row, they saw something they liked in camp last year. Speaking of locals, in round three the team took Regina native Tyrese Potoma. Potoma spent the last couple of years playing in the States and was supposed to be a Husky in 2020-21 before COVID-19 cancelled the season. The combination of two local guys to go with a bonafide U Sports superstar in Demosthene has to have Rattlers fans excited for the 2021 CEBL season.

Niagara’s draft had a distinct Carleton flavour. Between current Ravens Lloyd Pandi and Grant Shepard and Carleton transfer Emmanuel Owootoah, the River Lions decided to bring in a ton of talent from the country’s best program. Their first pick, Owootoah showed some interesting things in last year’s Summer Series when he was also a member of the River Lions. Though he has only played four preseason games for his current school Brock thanks to an injury and transferring, the last time we saw him there’s no doubt he showed real CEBL talent. Speaking of CEBL talent, coming off his U Sports CEBL player of the year performance ironically in St Catharines, Pandi will be joining a new team this season after being a BlackJack in the Summer Series. Joining Pandi on his second CEBL squad is Shepard. A talented forward out of Kelowna, Shepard has a couple of Canada West All-Star nominations to go with his experience with Fraser Valley in 2019 to his name. It’s clear the River Lions prioritized CEBL experience in their draft this season, it’ll be interesting to see how their selections slide into the club in 2021.

If Niagara prioritized experience, Guelph went for explosive offence. Their first pick, Isiah Osborne, has been a key contributor for Carleton the last couple of seasons off the bench, even earning a U Sports Final 8 All-Star selection in 2020. Jordan Henry, the team’s second pick, was one of the best scorers in the OUA last season for McMaster. His over 21 points a night average was a key reason for his Second-Team OUA All-Star selection. Finally, NCAA Division One transfer Cole Long was outstanding in his first U Sports season last year for Memorial. The Newfoundland native poured in almost 19 a game on great efficiency playing for his hometown Seahawks. Between Osborne, Henry and Long, you’d be hard-pressed to find a team that added more potential buckets than the Nighthawks in this draft.

We are thrilled to announce our 2021 @USPORTSca Draft picks:

I’m a big fan of the BlackJacks draft. Ali Sow has been one of the best scorers in the country since he walked on Laurier’s campus, including one of the more memorable playoff gems in recent OUA history against Western in 2020. I also really appreciate the selection of Ottawa U’s Guiallume Pepin. Pepin has been one of the more underrated forwards in the OUA the last couple of seasons with a three-level offensive skillset that fits well in the FIBA game. Finally, I love the upside pick of Graddy Kanku. The Ontario Tech star was put in a difficult situation in 2020 as a member of the expansion Ridgebacks. Still though, he was able to put up great numbers for coach Greg Francis as an athletic scorer. Though each player is different in their approaches to the game, the BlackJack’s decision to select these OUA stars makes a lot of sense.

Introducing our newest Honey Badgers! Here are our picks from the 2021 USports Draft💪🏽🍯🦡

Hamilton’s draft is one that in my opinion deserves some major buzz. Keevan Veinot was one of the best players in the country last year for Dalhousie, earning a First-Team All-Canadian selection along with basically every AUS award as well. He also proved his talent on the sport’s biggest stage as one of the best players on the court every game of the 2020 Final 8 including the National Title game. Thomas Kennedy is also a proven player at multiple high levels of basketball. Not only was the club’s second-round pick a Third-Team OUA All-Star in 2020, but he was also a member of the 2019 FIBA Canadian U-19 World Cup team as well. Finally, the team selected McMaster local Mychael Paulo. Paulo is another one of the NCAA Division One transfers who hasn’t gotten a chance to play in U Sports thanks to COVID-19. His last action was for Montana State in the Big Sky Conference where he was an important rotation player for the Bobcats. Between Veinot, Kennedy and Paulo, the Honey Badgers bring in an intriguing trio of players who have showcased their skills consistently at some of the sport’s highest amateur levels in this country.

Fraser Valley clearly loves themselves some Canada West basketball as each of their picks stared in the league in the 2020 season. Their first pick, Anthony Tsegakele, was the conference’s rookie of the year in Brandon, consistently providing major offence for the Bobcats. Adam Paige meanwhile was a key piece of the Alberta Golden Bears. His offence was particularly important as the team was without Brody Clarke for most of the season and needed to make up for their star’s absence. Finally, in round three, UBC’s Grant Audu will stay in the Greater Vancouver Area. Audu was an important player on the Thunderbirds 2020 conference championship and brings a great ability to get to the basket to the Bandits. After a championship game appearance in 2020, Fraser Valley’s draft features three guys with a chance to contribute early as they look to complete the summit of the CEBL mountain in 2021.

2021 CEBL U Sports draft picks for your Edmonton Stingers 🏀
Go grab all the info on these 3 at https://t.co/miJmCWqbRU #OurGame #FeelTheBuzz pic.twitter.com/Bx8zcJ9gCs

After selecting two Tigers in the 2020 Draft, it should come as no surprise the defending CEBL champions went back to Rick Plato’s program in the 2021 Draft. This time Edmonton brings in sharpshooter Alex Carson. Carson has three AUS All-Star appearances on his resume and shot almost 40 per cent from three last season for the National Runners-up. Edmonton also chose DeAndrae Pierre. The GTA Prep alum and current York Lion had another solid university season in 2019-20 after being a conference All-Rookie selection in 2019. Finally, Colton Gibb was chosen by the team his U Sports coach at Lethbridge also happens to coach in the CEBL. Yes, Jermaine Small will get a chance to coach Gibb at the pro-level after a couple of years in U Sports. Small has made no secret of the fact this team designs its roster around U Sports talent, it’ll be interesting to see if any of their 2021 picks can crack the rotation for the defending champs.