Kadre Gray is Who We Thought He Was, Calgary Dinos Thinking Championship or Bust 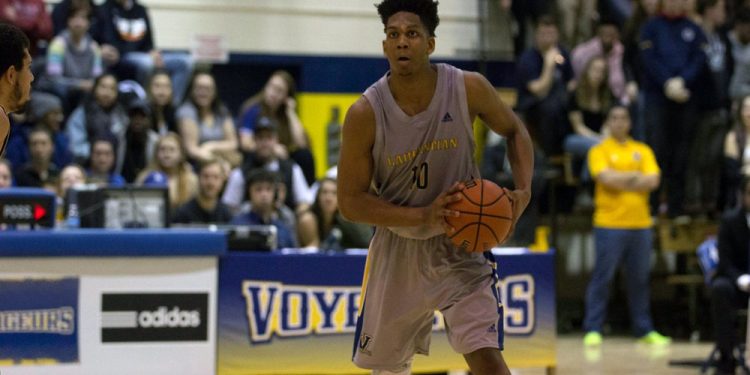 Cue Chance the Rapper ladies and gentlemen because as Chicago’s finest would like to say, “and we back”, USPORTS hoops are back baby! Get caught up on all the action here as we go into the national scope each and every week.

OUA- Kadre Gray is who we thought he was

Kadre Gray welcomed the Queen’s Golden Gaels back to OUA basketball the only way he knows how on Saturday by dropping 38 points, 7 rebounds and 6 assists in a big win for the Voyageurs. Keeping with the theme of last seasons all-stars, Laurier’s Ali Sow was instrumental in big win over Windsor. Also, Ryerson is just not the same team as they were last year. After a close hard-fought win over York on Thursday, the Rams went out to St. Catharines and were forced to play catchup against Brock all night long on Saturday, ultimately losing to the Badgers. The Rams shaky starts brings into serious question where they sit now amongst the OUA’s elite after so many years of challenging for a conference title. The good news for the Rams is that Jayden Frederick is thriving as the teams first option, averaging 28.5 points per game and, looking like he could be a dark horse in the race for the OUA’s scoring crown.

As the Canada West season opens, the expectations in Calgary will be championship or bust for the Dinos. Participants in each men’s final 8 since 2016, the 2018 national champions are primed for another great season. For a kid who grew up in Calgary when the Dinos were not good (they were bad), it seems flat out bizarre that they are the unquestioned favourites at this point for each Canada West season. UBC will have something to say about it coming off a 17-3 season. Guard Jadon Cohee was a second-team All-Canadian season and along with Alberta’s Brody Clarke (the CEBL USPORTS player of the year), will be the early favourites for the Canada West national player of the year nominee. Canada West is full of talent as usual this season, the question is can anyone knock off the Calgary Dinos. OU

AUS- Will the 2020’s bring the Atlantic back to national prominence?

Dalhousie has been oh so close to restoring national prominence for the AUS, making three of the last four semifinals. Unfortunately for the Tigers though, that’s the furthest they’ve made it. It hasn’t been since 2008 that an AUS team made the final when Acadia lost to Brock and StFX is the last school to bring the national title all the way east which was all the way back in 2001. If anyone is going to represent the AUS in the final look for the Tigers to make the breakthrough, last year’s bronze medal game was a battle against Ryerson and this year they came out to Toronto and beat the Rams in the pre-season. Although Saint Mary’s lose reigning Conference MVP Kemar Alleyne, look for Head Coach Jonah Taussig’s Huskies to be a formidable opponent once again. If anyone will bring the Atlantic back to the headlines it will be Dalhousie, the question is, can the Tigers make their first championship game in program history in Ottawa this March?

If the AUS is trying to regain national prominence then, the RSEQ is just trying to regain national respect. The conference’s champion has gone 2-8 in their last 10 games in the final 8 and, had zero teams ranked in last season’s final national rankings before the playoffs. To say the conference is in desperate need of some big-time wins would be a gross understatement. If there is a program that carries any cache in the conference, it’s McGill who had a down season last year following three straight league titles. They will be a threat to unseat last year’s champions Concordia as will UQAM who boasts last year’s national rookie of the year Alix Lochard. Regardless of who represents the league in Ottawa in March, it’s clear they will have the pressure of their entire conference’s reputation squarely on their shoulders.

The Thunderbirds went into York’s home court and behind NPA alumni Peter Wetuvanga’s 24 points, knocked off the Lions. Algoma is coming off a 7-17 year while York was expected to take another step forward in the program’s development. I guess thanks to the Thunderbirds that step will have to wait.

Player of the Week

Everybody’s favourite two-time reigning national player of the year kicked off the season in style with 38 against Queens. The whole nation will be watching to see what Gray has in store for the rest of the season.

“In the true sense of the word, Andrew was an artist. On this court, he was an artist,” said U of C Dinos coach, Dan Vanhooren as the team honoured Andrew Milner, this week against Milner’s hometown team the StFX X-Men. Milner a NPA alumni member who was a key contributor the past two seasons, passed away this spring in a canoeing accident and this was the team’s first home game since the accident. His family was in attendance for the game that saw the Dinos win but, this moment was about a whole lot more than a game. This week this column is dedicated to a young man, gone far too soon but certainly not forgotten. RIP Andrew.

On Thursday night I had the pleasure to attend Ryerson’s home opener against the York Lions. The gym was full and the atmosphere outstanding, it felt like a high-level game. Unfortunately though, this is an unusual case for most games across the country. These athletes deserve better. The level they play and the effort they put in; they deserve to play in front of sold out gyms every night. USPORTS is a level that provides high level entertainment for anyone in the gym, it’s a perfect family activity for local hoops lovers. If you find yourself needing an activity for the kids this weekend, take them to your local university gym and enjoy the product that is Canadian university basketball.

Pick of the week

Give me Carleton to keep it close this week against Syracuse. I think the Orange will pull it out but don’t be surprised when the score is close.