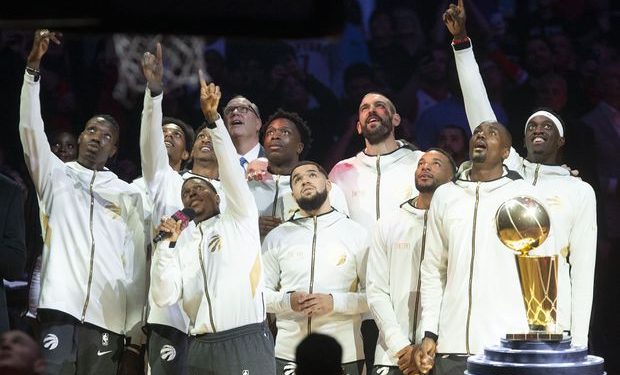 The Toronto Raptors are the 2019 NBA champions. This is the kind of sentence that you dream of writing and never tire of reading. The euphoria of last season’s magical run still looms large in the 6. The Raptors sparked a championship summer for the City of Toronto and solidified themselves as a top-level franchise, not only in the NBA, but in all professional sports. It was a historic season which culminated in an unforgettable parade, one which unified the nation and saw 3 million strong flood the streets of Toronto to show their love for the Raptors.

It was the perfect ending to a perfect season. It was the reward for years of patience and hard work. It was dreams made into reality, and to be honest, I am still not over it.

While the Raptors were basking in their glory and parading Larry O’B all over the world, the NBA was preparing. Teams were loading up and refocusing their target squarely north of the boarder and for the first time ever, the Raptors became the hunted. In the offseason, Toronto lost Kawhi Leonard and Danny Green, two integral parts of their championship team, making their challenge to repeat even more difficult. However, Masai Ujiri, Bobby Webster and Nick Nurse are ready to prove that their team is much more than the sum of its parts and that even without two of their most potent players, they still have more than enough in the tank to challenge the leagues best.

Now, in what felt like a blink of an eye, the offseason is over and the first week of the new look NBA is upon us. The era of the super team is fading, and the rise of new deadly pairings and advanced analytics have swept over the league. Basketball is a game of evolution and following suit, we too must evolve… 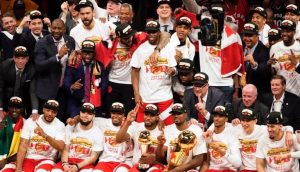 The High 5 Revamp – Week in Review

The Thumb – How was the Week?

Regardless of their record, the Raptors were always going to be given the thumbs up after the opening week of the season. How can you not after they hoisted their first ever championship banner in the gallows of the Scotiabank Arena? The ring celebration alone was enough to earn this honour. However, there were still games to be played and the battle for supremacy has begun once again.

The Pelicans suffered a devastating blow to start the season by losing their number 1 draft pick, Zion Williamson, to a knee injury. As an added insult, they were also forced to sit courtside as the Raptors celebrated the 2019 season with their championship ring ceremony. The Raptors were led by exceptional play from newly minted Pascal Siakam and new starter Fred VanVleet, who both went off for 34 points in outstanding performances. Sprinkle in some key veteran contributions from Kyle Lowry and Serge Ibaka and you had a recipe for success. Credit to the scrappy Pelicans who pushed the Raptors into overtime, but in the extra frame, Toronto showed their championship poise to seal out the victory.

The Raptors suffered their first loss of the season after being punched in the mouth by the gritty Boston Celtics. The Celtics, led by a couple of underappreciated fundamentally sound vets in Kemba Walker and Gordon Hayward, are loaded with young athletic talent, a perfect team for a Coach like Brad Stevens. It was a chippy game, as it always is against the Celtics, with the whistle sounding early and often. The Raptors were led by their floor general, Kyle Lowry, who has been looking fresh in this early part to the season. His three-point shot looks smoother and he seems to be playing looser, confident and more relaxed. He even connected on an ambitious half court ally-oop with Pascal Siakam as the Raptors were trying to mount a comeback in the second half. The difference of this game was rebounding as the Raptors were destroyed on the glass 56-46, with Boston grabbing an unacceptable 21 offensive rebounds. Along with a plethora of Raptors turnovers, the Celtics ended up with 31 more shots. Down the stretch, the new King of Boston, Kemba Walker powered his team past Toronto to close out the victory.

The Raptors had a quick turn around with their first back to back of the season coming against the upstart Chicago Bulls. The Bulls are still a few years away from being relevant, but they do have flashes of potential in Lauri Markkanen, the hyper athletic Zach Levine and newcomer Coby White. The Bulls hung around for a couple of quarters, but the Raptors pulled away in the second half to secure a comfortable 20 plus point victory. This was a game for the young guns, as at times, it resembled a track meet, but the Raptors were up for the challenge. This victory was punctuated by the outstanding defensive efforts of OG Anunoby, a player on the cusp of breaking out himself. OG squashed the hopes and dreams of the Chicago faithful with 4 soul crushing blocks, one of which may be in the running for block of the year. This was a professional victory and a positive way to end the week. 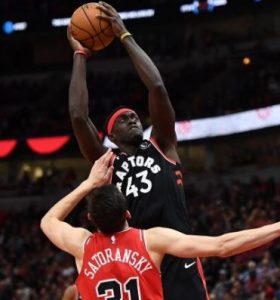 Spicy P put to rest any doubt that he was deserving of the lucrative contract he signed right before the season by having an unbelievable opening week. Some questioned if he had the ability to fill the void left behind by Kawhi Leonard and Danny Green, Siakam answered those questions in spades by stuffing the stat line. The Raptors will be relying heavily on this type of production throughout the year. 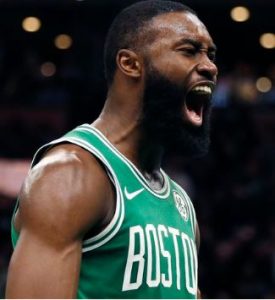 Jaylen Brown cashed in this offseason with Boston, solidifying himself as part of their future core. The jury is still out on if he deserves such a contract but against the Raptors, Jaylen showed the type of play that made his general manager look like a genius. I am curious to see if he can sustain this throughout the year. 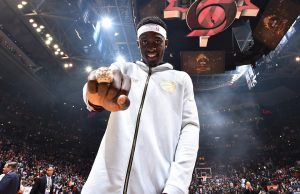 The best performance of the week for the Raptors came in Game 1 of this new season when Pascal Siakam exploded for 34, 18 and 5 against the Pelicans. Fred VanVleet also played spectacularly, notching a new career high of his own, but this was Pascal’s night to shine. He has assumed the mantle of heir apparent to the franchise and looked comfortable as Toronto’s primary weapon. 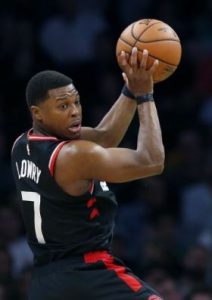 Kyle Lowry has looked extremely comfortable to start the season. The pressure of chasing a title is behind him and it looks as if Kyle is playing at a calmer pace and allowing his surrounding arsenal to do most of the damage. One thing that has stood out early is how nice Kyle’s 3-point touch has looked. Over 3 games, he has gone 12-30 from deep, good for 40%, while offsetting his range with excellent bursts to the rim. He appears to be in midseason form, fighting for every call and battling for every possession. This is the Kyle we know and love.

This week, the Raptors will enjoy two home games against the Orlando Magic and Detroit Pistons before travelling to Wisconsin for a Saturday night matchup against the title contending Milwaukee Bucks. Even though it is early, each game carries weight. The Raptors knocked out the Magic in Round 1 of last years playoffs. The Pistons are undefeated against Toronto since Dwane Casey took over and the Raptors have former Piston, Stanley Johnson, on their bench. Lastly, Milwaukee will be looking to make a huge statement against the team that knocked them out of last years Eastern Conference finals. This week poses to be a good early season challenge for Toronto.

Kadre Gray is Who We Thought He ...