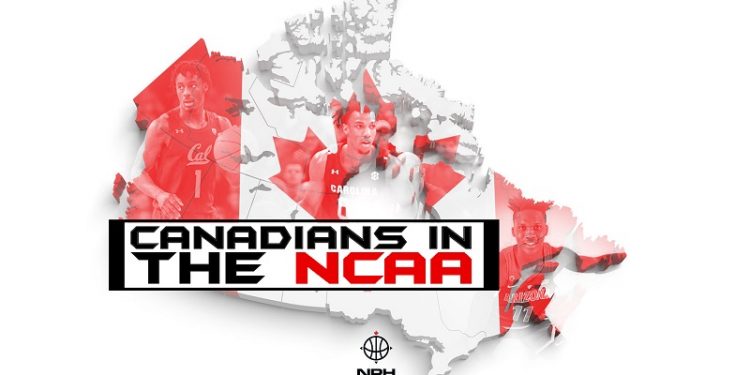 Another year passes and the numbers of Canadian men on NCAA Division I rosters continues to rise. 158 Canadians will suit up for an NCAA team in whatever is left of the 2020-2021 season. Last year met the anticipated number of 150 on rosters at this respective level and next year should reach just under 200 according to North Pole Hoops’ Director of Recruiting, Elias Sbiet.

“The state of emergency with COVID-19 shook up the whole world. Basketball became an afterthought and coaches couldn’t make decisions and pull the trigger to offer guys that they had not evaluated enough. Which means naturally, the 2021 class suffered and had less offers and less commitments.”

“Take for example a Tre-Vaughn Minott, Muon Reath, Sam Alamutu, Brock Newton…I can go on with a list of guys who are so under recruited simply due to what has taken place over the last 8 months or so.”

So COVID-19 caused a downward trend in recruiting, but there is another trend that is more positive and specific to the province of Quebec.

This list has a steadily rising number of prospects coming out of the province of Quebec. There’s been a major focus from our scouting team to ensure multiple trips are made to ensure every rock is turned.

Ontario remains a clear number one producer with pockets all over the province reaping the benefits of the prep school system, camps and internal competition.

It makes perfect sense that Quebec is catching up to Ontario quickly. Afterall, it is the province with the second highest population in Canada. It is surrounded by provinces and states in the North-East which is its second advantage.

Our projections tell us that there are around 4o players from this list that will end up playing basketball professionally and a handful that will make it as high as the NBA. Canada remains the fastest growing basketball country in the World!