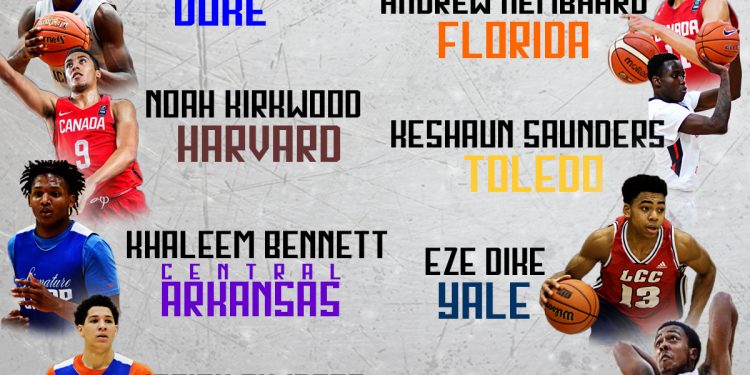 MISSISSAUGA,ON–The world has taken notice, the highest levels have done the same, hence, 30 NBA scouts have confirmed their attendance for the Signature All Canadian Showcase on April 23, 2018 at Hershey Centre in Mississauga.

Prospects participating in the game are not only talents ranging from low major NCAA to the highest level, we’re talking box office this time around.

RJ Barrett is box office. There’s been Jamal Murray and Andrew Wiggins who have set the stage on fire in recent Canadian basketball times, yet RJ Barrett is another level. He has the type of presence where all eyes lock in on him when he enters the room or the court.

It’s not just Barrett that the NBA scouts are coming to town for.

Andrew Nembhard is a special PG. If you've ever watched him, you'd know what we mean. I don't think we've seen a better Canadian PG before at this age. 6'4, Vision, playmaking ability… He makes everyone around him better. He is currently at Nike Hoop Summit in Oregon, and will play his final High school Game April 23 @ @signatureacs come out and see what all the hype is about! . 👉 Tickets available, link in bio

On the low, Jahcobi Neath is going to be a name that bubbles interest from the highest levels as well.

To catch the action in person, tickets are available online at ticketmaster. For the rest of the world a live stream will be available right here on NorthPoleHoops.com.

Luis Pacheco – Welcome to the Block ...