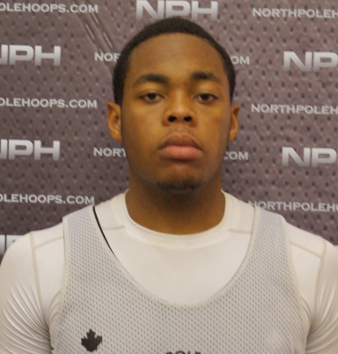 Marcus Bonnick cemented his name on the high school scene last season with Father Henry Carr due to his consistent production and his flair for the dramatic.

The 2015 6’1 guard built a reputation for closing in the fourth quarter, coming up with big shot after big shot.

He lead the Crusaders to an OFSAA Silver medal, which has left him hungry for unfinished business.

North Pole Hoops caught up with Bonnick to address what he’d like to accomplish in his senior and final year of high school.

“My goal is to win…come out with an OFSAA gold, improve everytime I step on the court, and make my teammates better,” explained Bonnick.

With only three players returning from last year’s squad, the Crusaders will certainly count on Bonnick’s leadership.