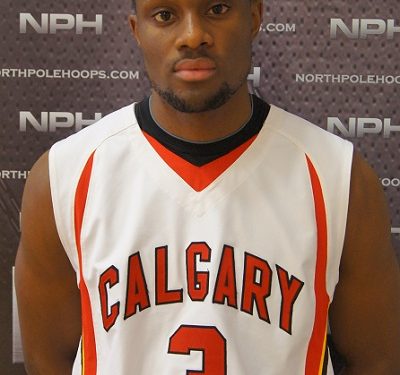 With four seniors graduating from last year’s team, and a number new recruits and transfers coming in, the new look Calgary Dinos are looking to make some noise in the Canada West.

Of the returnees, point guard Jerred Ogungbemi-Jackson – who finally looks to be healthy after three seasons, including one season that was lost to a medical redshirt – is set to lead the way. The 5’9” dynamo is more of a scorer than a traditional lead guard, and through four Canada West regular season games he is averaging 20.3 points, 6.5 rebounds and 3 assists.

Helping to share the scoring load is fourth year transfer and Calgary native Thijin Moses, whose previous experience includes a stint at NCAA Division I Depaul University. Moses, a 6’7” wing, has already shown an ability to affect the game on both ends of the court. In back to back games versus nationally ranked Alberta, Moses averaged 26 points, 8.5 rebounds, 2 blocks and a steal per game. He also made all eleven of his free throw attempts, while shooting 62% (18-29) from the field and 5-10 (50%) from three.

With only two players on the roster that are above their third year of eligibility, you would think this could be a rebuilding year. However, if the early season games are any indication, the Calgary Dinos (2-2 on the season), look ready to compete right now.