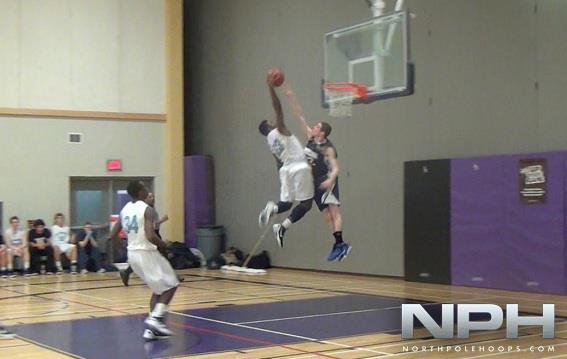 TORONTO, ON– Canada Basketball has announced the 22 athletes who will participate in the invitational tryouts for a spot on the junior men’s national team. The 2012 junior men’s national team is for Canadian athletes born January 1, 1994 or later. This summer, the team will compete in the 2012 FIBA Americas U18 Championship for Men, in Brazil from June 16 – 20. The tryouts will take place at Ryerson University beginning May 18 – 21.

Head coach of the junior men’s national team, Roy Rana commented on the list of invitees coming to the tryouts.

“Our staff and organization is incredibly excited to get underway with the first phase of our junior men’s national team process. This junior group is reflective of the excellent collective efforts of so many Canadian coaches, clubs and schools.”

Rana continued saying, “As a result, we have one of deepest talent pools in recent memory. This has the makings to be a very special team and age group on our pathway to the senior men’s national team.”

The Canadian Junior Men’s National Team is one of eight teams who will compete in the 2012 FIBA Americas U18 Championship for Men. The Canadian team will face tough competition in the preliminary round as they have been assigned to Group B, which includes: Argentina, Colombia and Puerto Rico.

Canada will need a top-four finish in order to qualify for next year’s FIBA U19 World Championship for Men, in the Czech Republic.

In the 2010 FIBA Americas U18 Championship for Men, Canada earned a bronze medal finish which earned them a berth into 2011 FIBA U19 World Championships, where they finished 11th.

Canada will be looking to medal in this event for the third consecutive time.

The tryout schedule is as follows:

All practices will be at Ryerson University, Kerr Hall Gym.