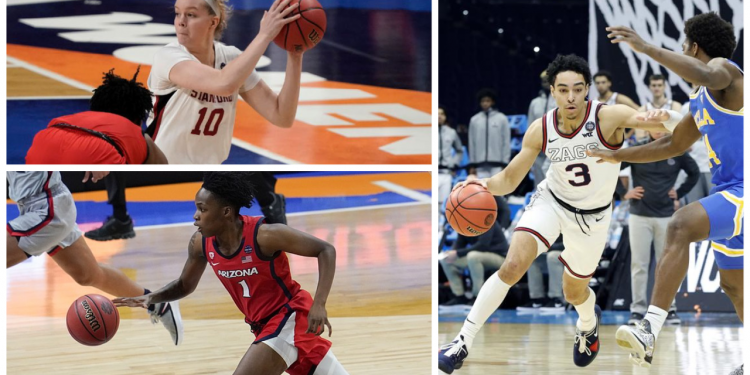 Well, we knew at least one Canadian would leave the men’s and women’s final four a champion thanks to all four women’s teams having one. The fact that the one Canadian was Alyssa Jerome as a member of the Stanford Cardinal was surprising though.

Jerome played an important role off the bench in the Cardinal’s first championship since 1992, ending her senior season in style. On the other side of the court, Arizona’s Shaina Pellington put on a show for the tournament cinderella Wildcats.

The Canadian makes it a five-point game 🇨🇦pic.twitter.com/hPOaaZq6eO

The Pickering Ontario native was a key bench contributor all season for Arizona, helping them reach the championship game in a surprising run that included the upset of heavily favoured Connecticut and Canadian Aaliyah Edwards in the semi-finals. Pellington saved her best game for the championship, dominating off the dribble with 15 key points that were integral to keeping the Wildcats in the game.

Unfortunately for Pellington and her signature performance, it just wasn’t quite enough to complete their run with a championship.

As for the only men’s participant, Andrew Nembhard, his Gonzaga team fell short of their undefeated season. After an all-time national semi-final against UCLA that featured an iconic buzzer-beater from Jalen Suggs to end overtime and the biggest shot of Nembhard’s career in that same overtime, the Zag’s came out flat against Baylor in the championship game.

In a matchup between the best two team’s all season long, it was clear early on that on this night, only one of them had their best stuff. Unlike his brother Ryan who captured a national championship at Montverde earlier in the weekend, Andrew’s team just didn’t have enough.

🇨🇦 ties in the NCAA Championship game tonight. The obvious @AndrewNembhard but my guy @graymatt_ a grad assistant with @BaylorMBB has spent time with @CanBball over the years, even training Nemhard in the summers.

Good Luck to both! #MarchMadness

Baylor taking home the title wasn’t a complete loss for Canadian hoops though. Graduate Assistant and Canadian Matt Gray was a member of Scott Drew’s now national champion staff for the Bears.

It wasn’t the weekend Candian Hoops fans expected but as always, March Madness delivered. I know for me, after losing it for a year, I’ll never take it for granted again.

Flicker of Hope – The Raptors take ...