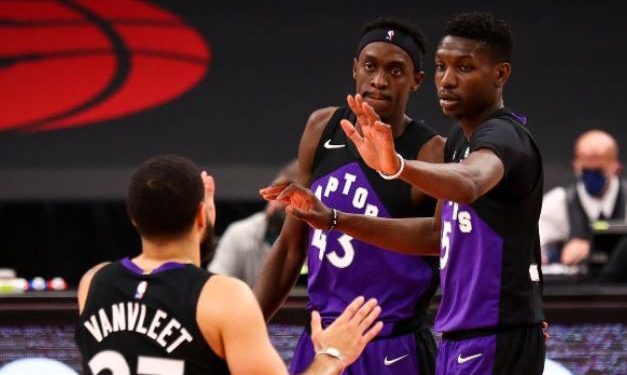 This season has proven that even though the league is going ‘small’, there is still significant value in a capable big man. Playing without a reliable centre, is like competing with an open wound. It is an area that Raptors management will most certainly need to address.

After a pair of disappointing losses, Toronto finally hit pay dirt against the Warriors. The Raps only won once in March but almost made up for it entirely in just one game when they blew out Golden State by an obscene amount.

It was an ember of positivity, a sliver of hope, but let’s not get excited yet.

It’s just one game, but like any fire, it all starts with a spark.

The Pistons were looking for the season sweep against a tired Raptors squad on Monday night. They’ve had their way with Toronto all season and jumped on them early. Before the game reached half, they were flirting with a 20-point lead. The Raps had no offensive rhythm, most buckets were a result of individual talent as oppose to a planned sequence. Detroit played with youthful exuberance, the Raptors were lifeless and uninspired. This was bad.

The Thunder have collected picks, shut down their superstar vet and leaned into rebuild mode. They also disappointingly sat their Canadian duo, Gilgeous-Alexander and Dort. This sounded like the perfect opponent for a Raptors team starved for a win. Gary Trent Jr. did his Powell impression to ignite Toronto to a lead that they carried into the half. OG was also a force but OKC shared the ball and took over when the Raps went expectedly cold. Toronto could not weather the storm.

Toronto wore their ‘Earned’ jersey, a throwback to the era of the purple dinosaur. Lowry was out but the Warriors were missing Curry and Draymond Green was a last-minute scratch. Trent Jr. has been locked in since the trade and he continued to take full advantage filling the Powell void. Siakam fed off his energy and together they paced Toronto. On the other side, the Warriors had nothing. Toronto washed over Golden State like a tsunami. They managed to build a, *rubs eyes*, 61-point lead. This game was over early. Toronto humiliated the Warriors in a laugher. 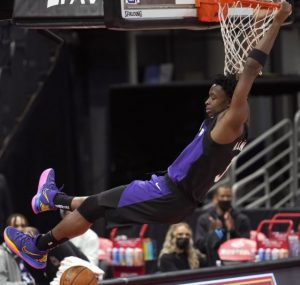 Anunoby has always been a defensive stalwart but this week he took another step forward in assuming a larger role in Toronto’s offense. Just a few more made baskets opened up so many more scoring options for him and his teammates. His 3-point shot is becoming deadlier, especially from the corners. He is quick enough to beat bigs off the dribble and he goes full on bully ball when a smaller defender tries to check him in the post. 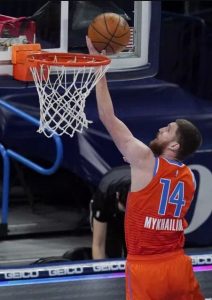 Svi, the ultimate “Who?” player will undoubtedly make his sole appearance on the High 5 after an impactful shooting night on Wednesday. He beat out teammate Moses Brown, another NBA unknown, simply because his shots were timely and momentum swinging. Svi’s time in Detroit did not work out but unfortunately for the Raps, he is making the most of his opportunity in OKC. 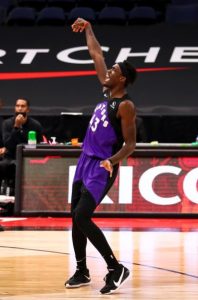 Pascal celebrated his birthday in style against a notable rival. Siakam played with something that has not been seen in a long time, a smile. In 3 quarters of work, he dropped a season high while also stuffing the stat sheet. He was aggressive on his takes and showed further growth to his playmaking skills. His teammates joined in on the party, but make no mistake, Siakam was the man of the night. 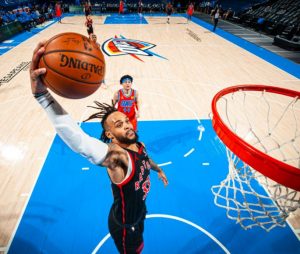 Gary is doing his best to erase any bad emotions left behind in the Powell trade. He chipped in against Detroit but showed real poise and potential in a career night against OKC which was then followed by a Norm-esque performance against the Warriors. The early reviews on Trent are positive. He seems to fit in well with what Toronto is doing and plays with a bit of swagger which has spilled over onto his teammates.

It’s back to a 4-game week for Toronto beginning Monday night against the Wizards. This could be a momentum builder but beware the trap game. Westbrook has been putting up godly numbers and he could detonate at any moment. From there, Toronto will host the injured Lakers on Tuesday. On Thursday, the new look Bulls come to town. Finally, Toronto will travel to Cleveland to take on the Cavs on Saturday night.

From a relatively unknown high-flyer in Calgary ...