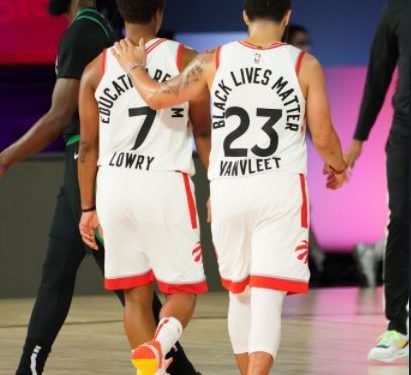 The Raptors were served a large plate of humble pie after Game 1. Their shooters were ice cold, they could not hit any of their usual looks and Boston’s clever guards made mince meat of Toronto’s defense. It was a truly uninspiring performance and obvious that Toronto had to reassess their strategy. Luckily, Coach Nurse and his team have built their reputation on innovation.

Toronto started the game with renewed purpose. They set the tone early by feeding Siakam, making him the trigger man for their offense. VanVleet also looked better, he carved out space for comfortable looks which he finally started to convert. Toronto’s shooters found a bit of rhythm, but it was OG Anunoby who made the most impact for his squad. Boston took a modest lead into the break but in the third, the Raptors finally started to assert themselves. The fourth quarter turned into a nail biter when Marcus Smart went supernova from distance, smashing the floodgates with a tidal wave of triples to snatch the lead from Toronto. From there, the Celtics did just enough to keep the game out of reach. This was a heartbreaking defeat, one that pushes Toronto’s backs to the wall. 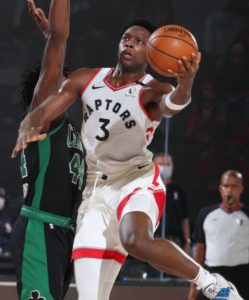 OG quietly made his mark by connecting on 4 triples early in the game. In the second half, he mixed things up with gorgeous baseline cuts and rim runs. His offensive punch translated to his defense as he started to get his hands in passing lanes to force deflections. OG’s physicality helped him bully opponents which could become key in and increasingly physical series. His two-way game certainly surprised the Celtics. Nick Nurse may have stumbled onto something special in Anunoby. Let’s see how he is used going forward. 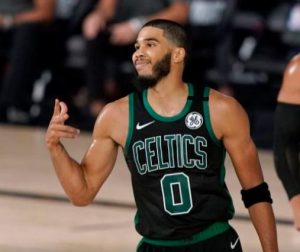 It is easy to see why Jayson Tatum is the future of the Celtics. He is a phenomenal offensive player with a loaded toolbox and tough defensive instincts. His height, athleticism, 6’9” wingspan and high basketball IQ makes him a Coaches dream. Tatum never looked out of control; his points were effortlessly smooth. 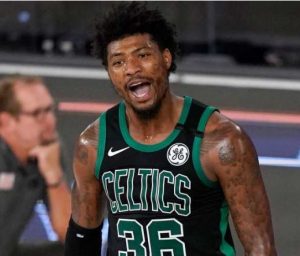 Smart was unbelievable from the perimeter in the fourth. He singlehandedly changed the complexion of the game when he started launching haymakers from deep, each one hitting Toronto like a punch to the face. Smart has been fantastic in Hayward’s absence and has been the most impactful player of the series. 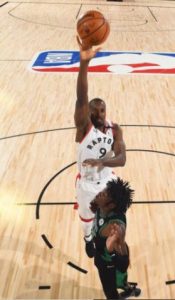 Serge Ibaka has been the best bench player for both teams. Though he has made his name off his defense, it was his shooting that gave Toronto some relief after he started the game 4 of 4 from the field. Overall, he went 3/5 from deep which was a godsend for Toronto’s struggling shooters. Serge chipped in on D by swatting away a couple of shots. He has been locked in since Game 1 and may be the key to solving the front court battle. 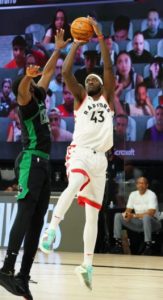 Toronto knows they can’t win this series with a mild Siakam, so they took extra efforts to get him the ball early and often. He responded with a stronger display of energy and confidence. Siakam needs to adjust to Boston’s D and use his poise, skill and patience to get buckets without working so hard. Though he doesn’t look completely like his old self, he showed flashes of his deft offensive touch with a bushel of nice drives and a deep 3 at the halftime buzzer. Toronto desperately needs more of this.

The Raptors have some soul searching to do if they want to get back into this series. Though they have been in this position before, they now must overcome a rolling Celtics squad without a generational talent like Kawhi Leonard. Toronto is yet to play any where near their best, they will need to find their game quickly or this series will be over.