The Ottawa Ravens.  The Carleton Blackjacks.  The Ottawa Carletons.

Dave Smart is the General Manager, his former point guard is the Head Coach and some of the Carleton Ravens top alumni (and current players) highlighted their training camp roster.

While the not-so-witty nicknames may make sense on the surface.  If you look deeper, the CEBL’s newest franchise has less to do with a powerhouse USports basketball program and more to do with a region of the country that has been historically overlooked.

“These are not just Carleton guys…these are Ottawa guys, these are national team members,” said Blackjacks Head Coach Osvaldo Jeanty.  “They have all found success at the post secondary and now the professional level and they have all trained and practiced with one another and it just so happens many of them went to Carleton.”

It also comes from their geographic connection of the corridor that runs between the border of Ontario and Quebec.

Historically, in basketball circles, players from the Ottawa area are often seen as the younger siblings to those from Toronto.

That’s why players from the Ottawa, Gatineau, Montreal regions always feel like they have something more to prove on the court.

But when you look at the championship pedigree for the programs and players from the area there really isn’t anything left to prove.

So it should comes as no surprise that entering the CEBL Summer Series, the Ottawa Blackjacks are in prime position to arrive in St Catharines and leave with another championship to take back with them to the Nation’s capital.

“All these guys have won at the highest levels and they simply understand the game,” said Jeanty, a
5-time National Champion.  “They are all team-first guys so it is no surprise that they are winners because winners think team first.  That makes my job a little easier. 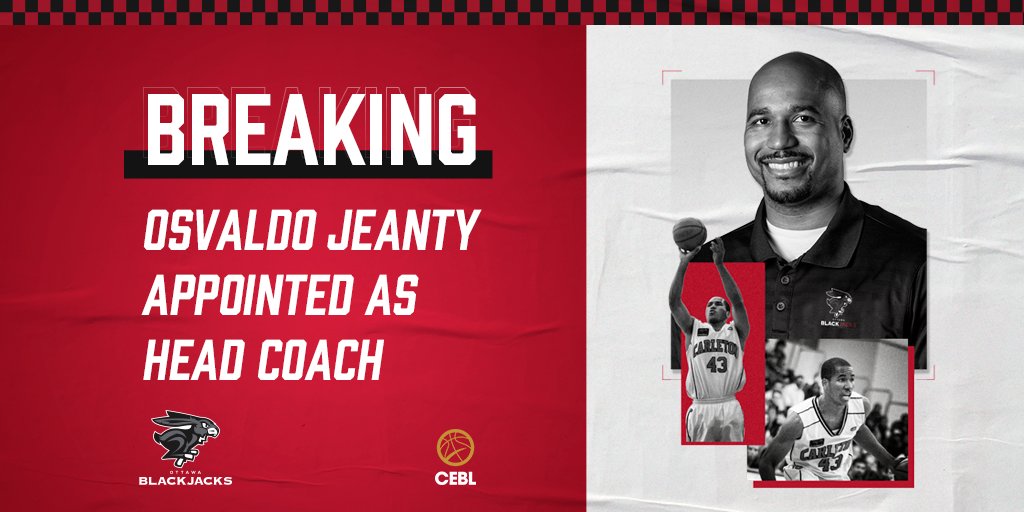 While this may be Jeanty’s first professional head coaching position, he has been thinking the game as a since he first picked up a basketball which is what carried him throughout his days on the court.

“I wasn’t the most athletic, tallest or fastest player.  So I had to rely on my basketball IQ, my attention to detail and my passion to get better in order to carry me through,” said the former pro.  “I have always had to think the game at a different level to get an edge.”

When Jeanty was 16, he was coaching an Ottawa Capitals girls club team just a year younger than him.  From there he was an extension of the most winningest coach in Canadian post secondary basketball history as a 5-year point guard for a portion of Dave Smart’s championship dynasty at Carleton.  He was named Canada’s National Player of the Year in 2005 and went on to play professionally for seven years overseas where he was constantly picking up knowledge from coaches of different backgrounds.

“I bet I could still tell you every single play we ran from every team I played on,” Jeanty proudly admits.  “But for me it was never about the actual play, it was about what we were trying to achieve by running that play.  That was my focus”

After his pro career ended and it was time to put his degree to work as a financial planner Jeanty did not push basketball aside.  He ran basketball clinics and academies, was the Head Coach across the river from Ottawa at Cegep de l’Outaoius for two years and then assisted Coach Smart with the Ravens until from 2014 to 2016.

“In my previous roles as a coach, it was about teaching fundamentals like dribbling, shooting, spacing, how to come off of ball screens,” remembers Jeanty.  “But when you’re coaching professionals, it’s about putting them in the best possible position to use those skills to help the team succeed.  At Carleton we could draw up the perfect play, execute it, but if the guys can’t make the shot they can’t make the shot.  At this level, our guys will likely make that shot.”

Now, as the Head Coach for a team assembled by his former coach, how does Jeanty think that dynamic will work? 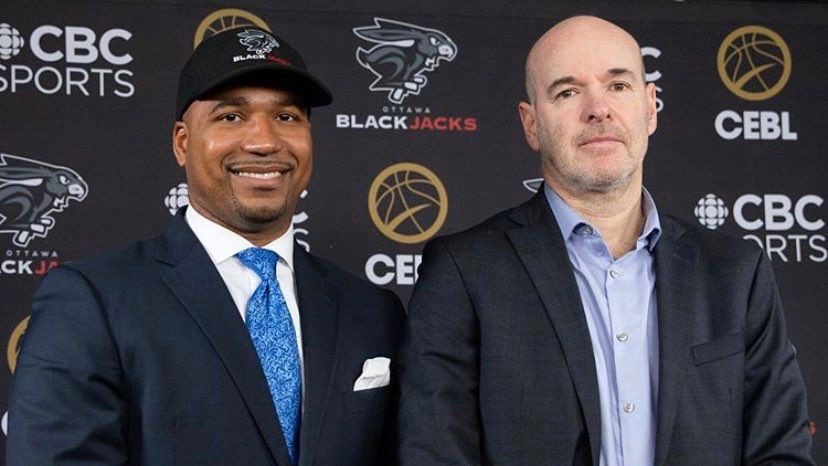 “In my opinion Dave Smart is the coach in North America so I will bounce things off of him and I value his opinion, but I have to make things my own.  When I played for Dave, we had differences of opinion but he had the final say.  The difference is now, I have the veto power,” laughed Jeanty.

With the connections the front office has, the roster is formidable.  Even when starting point guard Kaza Kajami-Keane had to withdraw due to a scheduling conflict with the French team that holds his contract for the coming season, the Blackjacks filled his spot with Gatineau native Olivier Hanlan.  It’s quite a luxury to replace one Canadian Senior Men’s National Team member with another, who also so happens to have a GLeague Championship under his belt thanks to his time with the Austin Spurs. 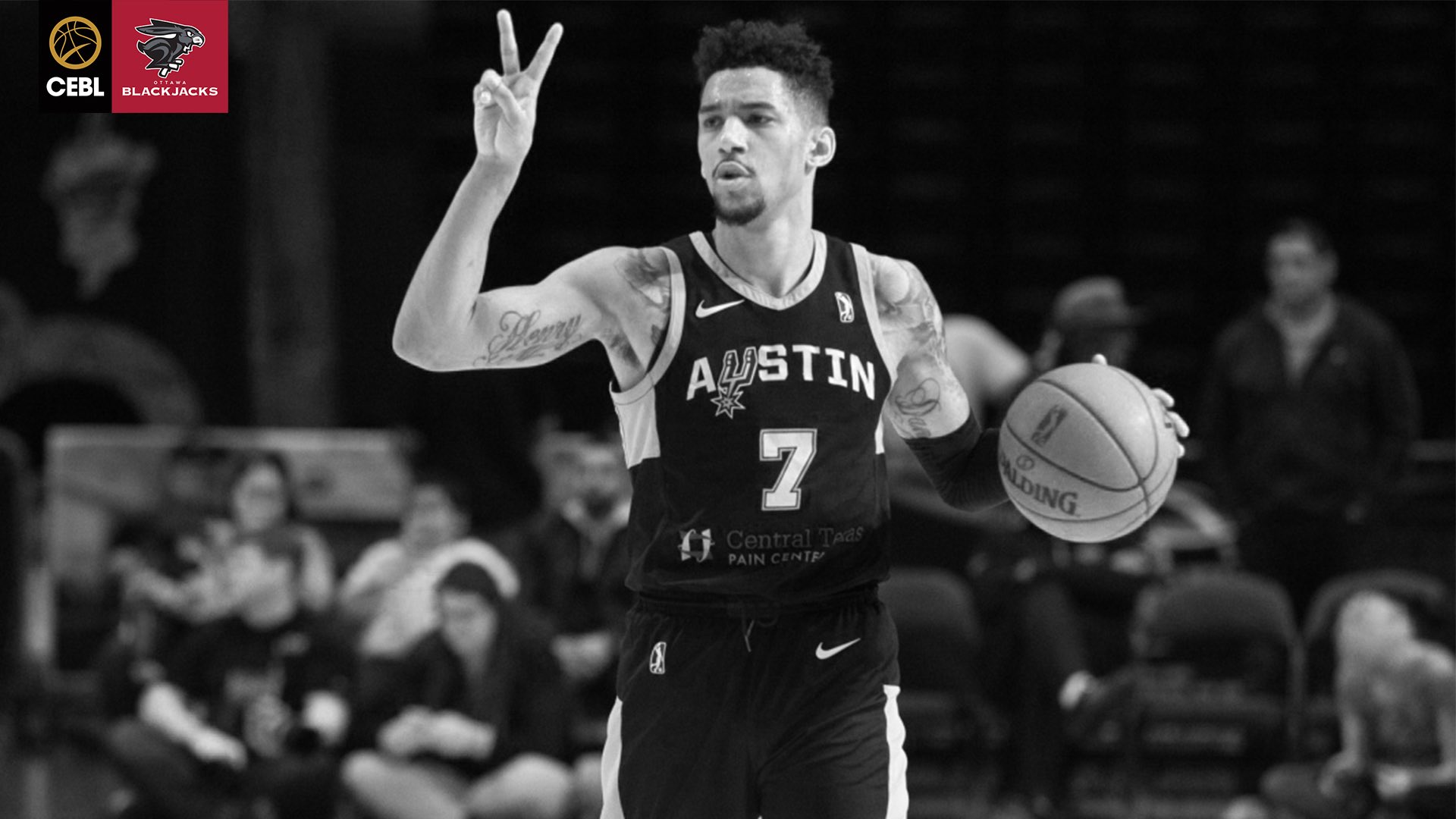 All of this familiarity bodes well for an expansion franchise that is staring down a one week training camp followed by a two week tournament complete with the Elam ending.  It’s a daunting task for someone’s first gig as a head coach but Jeanty takes it all in stride.

“Whatever disadvantage I am facing as a coach, every other coach in the league is forced into the same challenge so it’s a moot point, it sort of cancels itself out.”

But that Ottawa corridor connection is there to lean on.

“That’s where my advantage comes out, from the guys knowing each other and me knowing their  values and beliefs as players, understanding how to approach each player so that you gain what you need from them and they are getting that back as well.”