No Events
High schoolNPH Showcase Circuit
After earning MVP for last year’s Windsor NPH Showcase, underclassmen PG Desmond Pryce played up with the Herman senior team–one of the top programs in the city that came up just short of a city championship.
In this interview, Desmond spoke about his season, while managing to continue to develop his own game. We look forward to gauging his progress May 25-26 in this years camp, and identifying group of hungry prospects from the region including Windsor, Chatham & London.

Some of the challenges playing in Windsor can be getting overlooked, especially from schools in bigger cities like in the GTA, but I feel like we have enough talent in the city to compete with anyone. 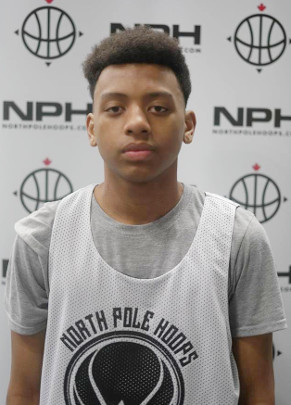 NPH: What was your this year at Herman?
Desmond: My role on my high school team this year was to be a leader on and off the court. I am in grade 10, but this is my second year playing on the senior team at Herman High school, so scoring more points and getting my team involved through making proper decisions on the court. Being the age that I am, I have to work extra hard to make my mark at this level.
NPH: What are some of your goals this year?
Desmond: My personal goal is to become a complete player. I want to be a player that can score, pass, rebound, defend and make my team better. Our team goal this year was to win the city championship, but we came up short in a loss against Holy Names. We want to be back in the mix next year and get a berth at OFSAA.
NPH: What would you say are some of the challenges, and benefits, of being from a city like Windsor?
Desmond: Some of the challenges playing in Windsor can be getting overlooked, especially from schools in bigger cities like in the GTA, but I feel like we have enough talent in the city to compete with anyone. The benefits of living in Windsor is that we are a border town with a ton of competition just within an hour drive. Michigan, Ohio and Illinois are a hot bed of AAU basketball and Elite Leagues, and we get exposed to that constantly.
NPH: What would you say have you worked on the most since your MVP award last year at the Windsor showcase?
Desmond: I have worked extremely hard on my shooting and quickness to the basket. I know that that I am not gifted with size at this time, but I feel like I can score on anyone in the province. I have also worked hard on my defensive energy. I know I have to be a 2 way player if I want to take it to the next level.
NPH: What will be your plans for the rest of the year following your high school season with Herman?
Desmond: My plans for the summer is to continue to play and train. I will be playing summer ball and plan to play in the DC Elite League in Detroit and CNIT. I plan to be the best player in Canada one day.
Share on Facebook Share on Linkedin Share on Twitter
Ryan Greco is a broadcast commentator, radio personality, and writer based in Mississauga. He provides game recaps, player profiles, and interviews pertaining to all levels of basketball across Canada for NPH. He is also a broadcast commentator for FIBA.
You must be logged in to post a comment.

2 Steps Forward, 1 Step back – The Raptors stumble through growing pains