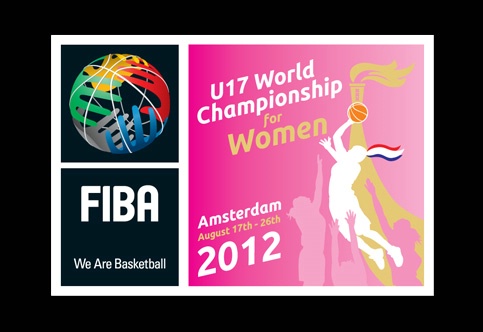 The Canadian Junior Boys flourish in a 100-75 win over Japan during their final group game of the FIBA U19 Basketball World Cup.

After a nervous first quarter, Team Canada dominated the match, closing out the group phase with a strong performance.

Canada bounced back following a disappointing loss against Spain to retain second place in Group C.

Canada’s slow start made for a very nervous first quarter. They came out flat and Japan jumped all over them. Japan took a quick 19-8 lead over Canada.

Iowa State commit, Lindell Wigginton and the team’s defense sparked a 12-2 run to end the quarter.

Canada started closing out the Japanese shooters and forced them into late shot clock situations. Japan wasn’t able to get shots up by the end of the first quarter and were forced into back-to-back shot clock violations.

Wigginton put in his best performance of the tournament and got it done on both ends of the floor.

He came up with two huge blocks in the first half and on both occasions it led to easy transition buckets. The North Preston, Nova Scotia native attacked the basket strong and stretched his game out hitting a three.

Japan pressed Canada straight from the inbound to try and slow Wigginton down. This only opened things up for Rowan Barrett Jr.

After a poor performance against Spain, Barrett got back to what makes him successful.

Barrett’s aggressiveness attacking the rim opened the floor up for Canada’s shooters. Danilo Djuricic was one that benefited as he got open looks from all over the court that he knocked down. At one point he scored ten straight Canadian points.

Team Canada turned the game around in the second quarter and went into halftime with a 47-32 lead.

One of Canada’s most consistent players throughout the FIBA U19 Basketball World Cup has been Abu Kigab. Kigab had another great performance today finishing with a double double (11p, 12r).

Kigab’s ability to get to the basket and finish through contact has been huge for Canada and it continued against Japan.

Top shooters, Djuricic and Nate Darling found their range in the second half. They combined for five of Canada’s ten three pointers in the contest. Darling’s range is elite. He was making shots from three feet behind the line.

With the game turning into a blowout in the fourth quarter, Canada turned to their bench and got important minutes for their depth players.

Noah Kirkwood played just over 13 minutes and he put it all to use. He controlled the tempo well and was efficient offensively.

Despite the slow start, the Junior Boys put in their best performance of the tournament.

They shot 47% from the field with ten made threes. Free throw shooting wasn’t as big of an issue today, but it can still be improved. As a team Canada shot 64% from the line.

Defence was the big story in this one. Canada had five blocks and nine steals and out-rebounded Japan 53-40.

U19 Team Canada finishes second in Group C and will play against Angola on July 5 in the Round of 16. FIBA will be releasing the time of the game shortly.

Canadians to look out for in NBA ...