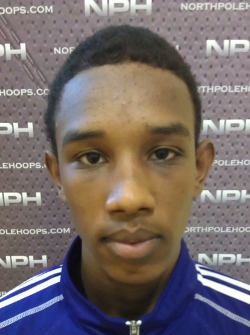 Last week, we provided you with our latest version of the #NPHTop10 for the Canadian Class of 2016.

In this release, we introduce you to the Class of 2017, which is shaping up to be a strong one.

Abu Kigab, the #1 Player in the Nation

Coming in at the #1 spot is Abu Kigab of St Catharine’s, Ontario. Kigab, who plays at St Francis secondary, lead his local team to an OFSAA championship (AA), however it is his full resume that we take into account.

We at North Pole Hoops, have been tracking his progress for three years, where he has been under Coach Patrick Sullivan’s wing. He gained the necessary experience, competing in the Greater Toronto Area with annual trips to the St Mike’s tournament where the 2017 St Francis crop was exposed to older competition. Recently, at the Bio Steel All-Canadian game, Kigab once again showed out. National team brass have raved about him and Kigab will more than likely be on the Canadian Junior national team invite list, as a result of his production in addition to his non-stop motor. Kigab at 6’6 is a fierce competitor with the mentality of a winner–this will carry him throughout the rest of his career. In the meantime, he is running with Stackhouse UPlay Canada on the Adidas Gauntlet, and will be competing in Indiana this weekend.

With the #1 spot, the target will be on his back, and by no means is Kigab firmly cemented as most of the #NPHTop10 have a chance at the top spot; he must continue to develop his overall game in terms of skill set. Kigab currently holds an offer from Virginia Tech.

Matur Maker jumps into the #NPHTop10 for the first time; although not Canadian, he plays both prep school ball (Orangeville) and AAU (CIA Bounce) with Canadian programs. Maker is a long, agile athlete that plays hard and has high upside. Holds offers from Wake Forest and Indiana.

Oshae Brissett has been on our radar for years, he showed some encouraging signs last summer with Canada Elite, played limited minutes with Findlay Prep (from what we saw) and currently plays for the Las Vegas prospects. Brissett is a very nice prospect as he is physically blessed, and is a high character kid. Currently holds offers from Oregon, NMSU, IUPUI, UNLV, Oklahoma and Texas Tech.

Jerome Desrosiers (Brookwood Elite / Northfield Mount Hermon) recently boosted his stock with his Bio Steel game performance, showcasing his high motor (14pts, 14rbs). That said, Desrosiers is not a new name, he at one point owned the #1 spot and has always been a top five guy. He has offers from Illinois, Baylor and Boston College.

Nickeil Alexander-Walker (Canada Elite / St Louis Christian) has improved his stock dramatically over the last year. This one is a winner. High competitive edge and is gaining comfort in his own skin (grew three inches in last 6-8 months). Making a case for the most skilled player in the class. Currently holds an offer from New Mexico St.

Christian David (S-Elite/ UPlay) as some of you may know, had the #1 spot in the country entering the high school season, after coming off a very productive summer, both on the AAU circuit and Toronto NPH Showcase (MVP). David is very skilled and fluid at 6’6, however to take the next step in his development he will need to be challenged and consistently compete against high level competition. Baylor, Illinios, Oregon, St Bonaventure have offered.

Jordan Henry = Consistency. That is all.

Lindell Wigginton is another Canadian prospect (Stackhouse UPlay Canada) that has boosted his stock significantly over the last year, due to his maturity on and off the floor at Oak Hill. Currently holds offer from Florida State.

Anthony Longpre– A mobile, skilled big that can drill it and does with consistency for Brookwood Elite. One of the most skilled bigs in the class. Georgetown, American and George Washington have offered.

Tyler Plummer – Plummer has been a top dog in the class for years, and still is. The 6’4 wing is still developing and has both the tools and right attitude to reach his potential. Over the course of the prep season at La Lumiere, Plummer showed signs but was relatively limited in his minutes. That said, we expect a big summer out of this one with CIA Bounce.

Malcolm Duvivier – The Mentality of a ...