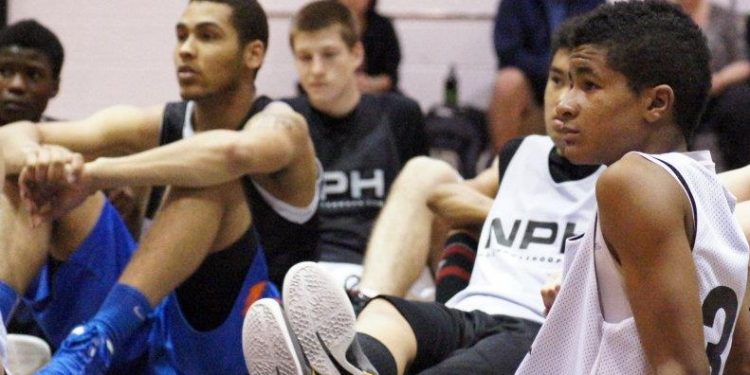 @NorthPoleHoops is heading back to Atlantic Canada, hosting the 2014 #NPHShowcase March 28-30 at Saint Mary’s University.

NPH National Scouts Tariq and Elias Sbiet will be identifying the top basketball talent in Nova Scotia, New Brunswick, Newfoundland and PEI, with their third trip back to the East Coast.

The 2014 #NPHShowcase circuit will provide Skill development, Character development and National Exposure, over the course of a three-day camp.

“This unique event brings the best of both worlds…there is no other camp in the country like this, that will equip student-athletes with the tools to maximize their potential, while providing an opportunity to boost their recruitment,” says Elias Sbiet.

To illustrate our investment into the development of our Canadian student-athletes, NPH has partnered up with Kyle Julius of  A-Game Hoops.

Julius, a leading Canadian basketball trainer who has worked with the nation’s top talent, will be spearheading #NPHShowcase camps from coast-to-coast.

“What NPH is doing for the game of basketball in Canada is special. They are promoting the game and giving players and coaches across the country opportunities that haven’t existed before,” explains Julius, a former CIS All-Canadian and NCAA player.

“They have a high level work ethic and I have a tremendous respect for their desire to push the game in Canada. I am very excited about the opportunity to be the lead trainer for the NPH Showcase circuit this year.”

“I have a tremendous passion for being in the gym and working with players and coaches who want to get better. This is an amazing opportunity for me and I can’t wait to get started,” continued Julius.

Deon Wilson, [NPH East Coast Analyst and Team Nova Scotia U17 Head Coach] will be in attendance, after tracking the Atlantic Canada high school scene throughout the season.

Wilson commented on the strong grade 10 and 11 talent pool in the region, and is looking forward to seeing the East Coast elite go head-to-head.

“There seems to be more depth, a greater abundance of players at that level,” said Wilson.  “The talent has always been here, its about exposure and playing more high level competition…getting everyone to compete in the same gym.”

Erik Nissen (Quispamsis, New Brunswick) is a freshman at the University of Maine (NCAA) and is an NPH Showcase Alumni. Nissen was one of the top prospects in the country in the class of 2013, and has this to say:

“I would highly suggest going to the NPH showcase. It brings all the best players from around the Maritime’s to one location. The competition alone is worth it!”

For players travelling from out of town, The Westin Nova Scotian is the official hotel of the #NPHShowcase – Please contact for booking, Mention “NorthPoleHoops Showcase or AUS All-Star” for discounted rated.

#NPHShowcase alumni that have moved on to the next level: