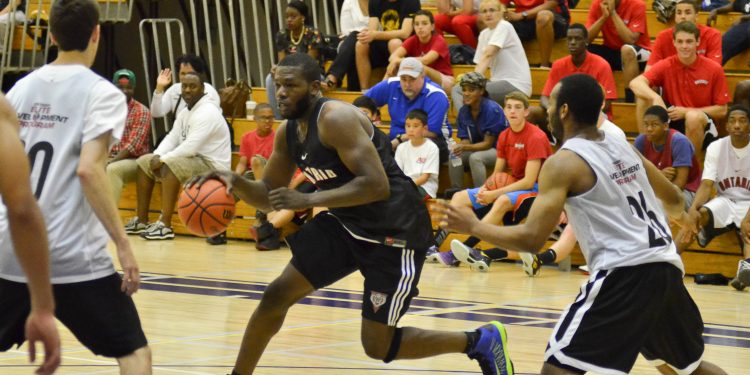 This past weekend, a mixture of NCAA talent and current PROS took the floor for the Second Annual Team Ontario alumni game. For the second straight year, the older group came up on top in a come from behind 119-109 victory lead by Colin Charles, Antwi Atuahene & the aerial attack otherwise known as Olu Ashaolu .

Rising senior Marcus Lewis (22 Ft. Academy) also impressed the crowd with big time jams as you will see in the following video.

Keane, who competed in last year’s game against Cory Joseph (San Antonio Spurs), explained, “You don’t get a lot of opportunities to play with guys who play professionally, so when you get it, you definitely want to take it.”

Much like last year, the PROS turned up the heat in the clutch to take the lead after being down for most of the game.

“Next year if I’m playing in this game again we have to make sure we go up by 40, so they have no chance of coming back,” said Keane.