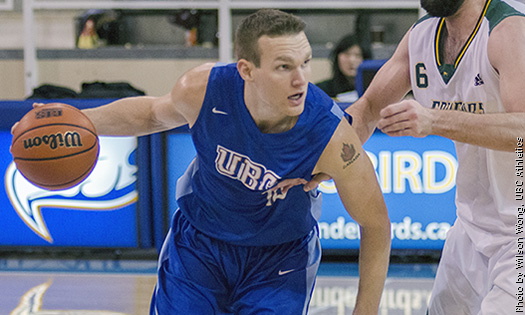 First things first sorry it’s been so long since my last update; this second half of the season has gone by faster than any stretch of games has gone in my life.

A lot has changed since my last post.  I came back from Hawaii a new man, I had a tan. Don’t worry though, back to normal and translucent.

Side note, I take great pride in portraying myself as the antithesis of ‘athletic’…then having sick warm-up dunk game.  “Daddy look Mark Price is on the court, and he just ripped the rim off!’.  SHOCK THE WORLD.

On the Friday we played at Manitoba and I was a bit nervous, my conditioning wasn’t where it needed to be and those guys get up and down in a hurry.  The game was gross. I went pillsbury doughboy and hand crafted six plumb turnovers. In the end ,we went on a late run but the 87-61 final was not indicative of the way the game actually went.

Saturday night we head across town to U of Winnipeg. The Duckworth Center is one of the coolest gyms around, love playing there. Straight old school and riddled with dead spots. If we had a floor like that at UBC I would absolutely use that to my advantage. If you ain’t cheating you ain’t trying.

The game was one of the craziest I’ve been a part of. It was back and forth and no matter what we did we were constantly relinquishing the lead. Combining our mental mistakes with their big lefty Steven Wesley forcing the issue by entering the elusive NBA Jam ‘He’s on FIRE’ zone…It was war. We found ourselves down 5 points with less than 30 seconds left and it was their ball. I can’t even tell you how it happened, but somehow it did…we won.  We had no business winning that one. I ran out of there like D-Fish in San Antonio. 0.4.

The next weekend we were back at home for what felt like the first time in an ice age. Brandon was up first on the Friday.  They have a real guard orientated team and their sporadic style of play made it tough to guard them. We grinded it out. Coach Gil is going to have a nice program there though, they scouted us extremely well.

Regina came into our gym on the Saturday. Regina at home and Regina on the road are two different beasts. That’s no disrespect to them on the road, playing at their place is just THAT difficult. We won this one too (90-75) but we had stretches where we didn’t buy in. With a young team, you give an inch and they’ll take a mile.  Kev straightened us out the next week at practice..or so we thought.

On paper, we should have ‘ran them off the court’…but that’s why you play the game.  It literally felt like they were throwing 3 point grenades on our heads.  Every time we would score a 2..back they came. BOOM GOES THE DYNAMITE.  We were down I think 10 in the second half and finally put together some stops.

61-61… our ball. I’m up top calling for a high ball screen, 8 seconds left.  The big shows, I hesitate then use my change of pace to turn the corner and essentially offensive foul the big the whole way to the hoop.  Help side comes over and my layup attempt rolls in and out.  Out of nowhere, ‘Swagless Wags’ (David Wagner) slides in, cleans up the garbage, and lays in the put back at the buzzer. Game. Blouses. Dodging bullets.

We left on the Saturday with another win but it wasn’t easy.  People wrote things on the internet about this matchup that I know I read which probably means they did too. It was said we were the ‘kings’ and they were the ‘serfs’.  They showed us…since then I no longer read anything anyone else says in a newspaper or blog.  It’s too easy to get complacent.

For those of you at home keeping tabs on up and comers, be on the lookout for this squad.  Pete Guarasci will get that program to make a name for themselves in no time. They play extremely hard for their coach and they have a blossoming stud in Mitch Goodwin.

The next weekend we played Mt. Royal.  We won both of the games at home.  The whole weekend to me was overshadowed by the fact that after the game on Saturday we were doing our annual ‘Seniors Night’ celebration.  Except this time, I was the old balls.

To conclude the night I gave my speech.  I think I went on for like 25 minutes but after this whole damn journey I figured ‘what the hell’ say what you wanna say.  It was emotional and real.  When I got to talking about my parents I broke down.  The things our parents do for us to make it all possible…there are no words sufficient to express how thankful we all are.

The next weekend we played another young team with a losing record and I was a bit worried.  We came out like gangbusters.  I think we went up 30 in the first half.  The guys were fired up and it was probably the first time all year I really felt like we had that killer instinct.  It was great.

On the Saturday it was all about YOUTH.  Between myself, OB and Brylle I think we accounted for 8 points. Pipps was squirting three’s, Ze was picking up 94 feet, Wagner was displaying uncanny athletic ability with not one but two touch layups, Jordan played with a swagger I hadn’t seen before and my main man Conor Morgan aka ‘Lloyd’ (in reference to his haircut resembling Lloyd from Dumb and Dumber) showed how scary high his ceiling is by hammering a tip dunk and hitting three 3’s in a four minute stretch.  I was a combination of Kevin Harlan, Bill Walton and Adam Morrison on the bench. Guys were feeling good…almost too good.

Playoff positions were already established, these two games were about pride.  They had taken a hit and lost the previous week to Mt. Royal and flat out, they beat us.  To be completely honest we underestimated them and they took it to us.  They have a nice squad.  I’m still mad about it so that’s all I’ll say.

This weekend we play Alberta in the first round of playoffs.  Alberta knocked us off last year in two straight. It was the first time UBC hadn’t been to nationals in 7 years or something like that.  This past summer there wasn’t one day I didn’t think about it.  It has fueled me, day-in day-out.

Their new coach Barnaby Craddock was my coach at Fraser Valley. He is a great coach and we had a great relationship… it just wasn’t the right place for me at that time in my life and that time of his program.  I know I ruffled feathers when I left and in a way this series is sort of everything coming full circle.  For him, and for me.

We have just lost two games, people are down on us, and I’m not naïve I know what people are saying about us. Quite frankly, I don’t care. People have doubted me my whole life; I wouldn’t have it any other way.

This weekend is going to be a war, may the best man win.