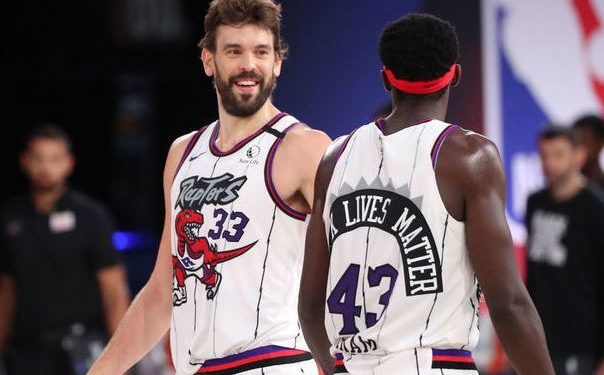 In the early days of the NBA bubble, some truths have been revealed; Devin Booker desperately needs help, Carmelo Anthony still has a lot of game left and yes, Toronto’s defense is that good. With the basketball world concentrated on one location, everyone can finally see how sophisticated Nick Nurse’s defense is. Some pundits have already changed their tunes and have suddenly propelled the Raptors into legitimate title contenders.

This week, their defensive showcase continued.

The Raptors were back on the floor Monday afternoon with a matchup against the Miami Heat. As expected, this was a low scoring defense-oriented game full of tough physical action. VanVleet had a coming out party, setting a new career high with 36 points including 7 triples. He attacked with purpose and cooked Miami’s guards whenever they checked him. Anunoby also had a strong game from the defensive end while Lowry did Lowry things. Miami battled stubbornly, their bench wildly outplayed Toronto’s, but when the Raptors defense locked in, the contest was over.

Toronto’s defense was on full display on Wednesday when they took on the Orlando Magic. Although some believe these clubs will meet in the first round of the playoffs, this game showed how wide the talent gap is between the two. Toronto simply outmatched the Magic in every position. Their multiple scoring runs had the Magic stuck 10 for most of the night. VanVleet continued his inspired play while OG put on another defensive clinic. The Magic took exception when Lowry fouled Aaron Gordon so hard that he had to leave the game, but Toronto’s lead was never in doubt.

The Raps and Celts, two of the NBA’s hottest teams, went at it on Friday night in the Bubble. The Celtics were motivated and showed great intensity out the gate while the Raptors were sluggish. The Celtics did an excellent job anticipating Toronto’s defensive rotations. With a well-balanced attack, Boston was a step ahead, seemingly able to get open looks whenever they wanted. The Raptors looked pedestrian in comparison, their stars failed to show up and their bench fell off a cliff. Boston’s trio of Tatum (18), Walker (17), and Brown (20) looked like world beaters. This loss took some of the shine off Toronto’s polish.

Toronto and Memphis wrote another chapter in their storied Naismith Cup rivalry on Sunday afternoon. The Grizzlies played desperate, their playoff fates still unknown, while the Raptors were trying to rid themselves of the bitter taste of defeat left by Boston. This featured Gasol’s first game against his former club, the hyper entertaining and likely Rookie of the Year, Ja Morant, and former Toronto favourite, Jonas Valanciunas. Once again, Toronto looked flat to start but by the second quarter they established a lead that they would not relinquish. Pascal Siakam had a strong performance with a game high 26 while Powell chipped in with a double double off the bench. 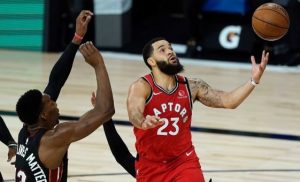 Fred VanVleet has elevated his play to near elite levels while fitting in effortlessly alongside Kyle Lowry. His scoring prowess is something to behold. If he is not slashing his way to the rim, he is nailing triples on a regular basis. Fred had a huge game against the Heat and an impressive double double against the Magic. His play tapered off somewhat, but Fred is playing for a contract and, spoiler alert, he is going to get paid. 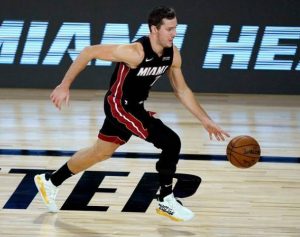 Goran Dragic was the unlikely leader for the Miami Heat, coming off the bench to score 25 points in a loss. The Dragon has fallen down the depth chart in an ever-improving Heat lineup, but he can still provide solid minutes when called upon. Goran played with a chip on his shoulder and did an excellent job winning the bench battle almost singlehandedly. 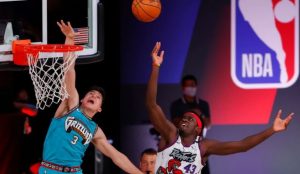 Pascal Siakam had a decent game against the Heat but struggled against the Celtics and Magic. He still contributed, but he has been slow to adjust to the extra attention he has received. However, against the Grizzlies, Siakam found his smile again. The Raptors made a concentrated effort to get him the ball and he responded with a 25 plus point performance. Hopefully, this game helps push Siakam to the next level.

Not enough is said about how well Lowry is playing this late in his career. Though his contemporaries may put up record numbers, Kyle is only interested in one statistical category; wins. Toronto’s floor general brings a calming organizational presence to the offense while offsetting it with frantic, tenacious defense. His shot looks confident and he has learned how to use the talent around him to conduct a symphony of excellence. Watching Kyle play is basketball art.

No rest for the wicked as the Raptors will have their most difficult game to date when they take on the Milwaukee Bucks on Monday night. From there it’s a Wednesday night matchup against the Philadelphia 76ers until finishing their regular season with a game against the Denver Nuggets on Friday.