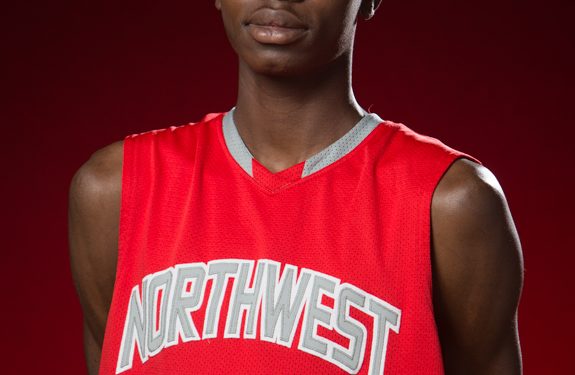 A decision is near for 6’10 skilled Canadian Chris Boucher, out of Quebec.

Boucher is down to three schools; Texas Tech, TCU & Oregon.

Boucher is a big time talent; coming out of the high school (Alma/ Therford) in the class of 2013, Boucher was an NPH Top 5-ranked Canadian prospect, with the likes of Andrew Wiggins, Tyler Ennis, Duane Notice and Xavier Rathan-Mayes.

Like Mulder, Boucher will have an immediate impact on his future team, with two years left of eligibility.

Stay tuned for the latest on Chris Boucher and Canadian prospects, right here on NPH.

Chris Boucher is a unique talent with size, length and defensive instincts, making him a big time shot blocker. Offensively, Boucher has a good touch around the rim, is mobile and athletic with a quick second jump to gobble up rebounds and put backs, and can step out to hit both mid and long range jumpers. High major talent.