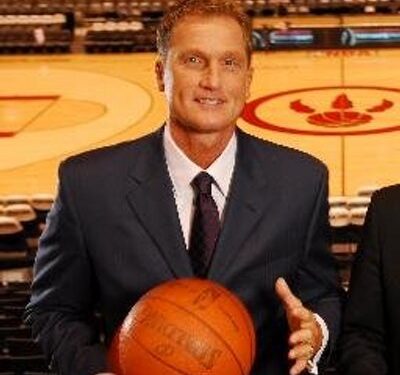 As a part of the Raptors’ 20th anniversary celebrations, Toronto honoured Leo Rautins with an in-game video tribute last night.

Rautins is a true ambassador of the game in this country, as he bleeds Canadian basketball–a former player, National team Head Coach and media personality.

He was the first Canadian to be drafted in the NBA’s first round and was the youngest player to make the national team.

On the broadcasting side, Rautins has been an analyst with the Raptors since inception in 1995, marking 20 years.

I am very humbled by the presentation and all the kind words today! Thank you all!! @Raptors #WeTheNorth