East Coast Round Up – A Look at High School Hoops 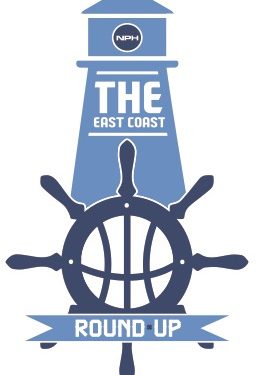 The 2014-15 High School season is well under way and the story lines are unfolding on a very talented crop of players on the East Coast.

The projected top team out of New Brunswick, Fredericton High took a hit as their stellar backcourt got split up as Val Nelson transferred to cross town rival Leo Hayes. In an already intense battle it would be great to watch these two teams go at it.  The lure of Stanley Mayambo, Fredericton’s (and New Brunswicks) top player go head to head with former teammate Val Nelson would be intense.

This shift creates a ripple effect through New Brunswick High School hoops as Kennebecasis Valley who rivalled Fredericton on a talent scale now slides into being the top team in New Brunswick and the favorite to capture the provincial championship. The Crusaders are led by senior Ethan O’Neil a rugged 6-4 forward who can step away from the basket. Kennebecasis fortunes rest on the shoulders of Jack Tilley (2016). Tilley is a masterful guard who controls the game by scoring and distributing the basketball.

The Crusaders defeated a young but talented Halifax Grammar in the Grammar Classic last weekend to take home the Championship.

The Nova Scotia high school hoops scene is looking like a two horse race at this point between two-time defending provincial champ Auburn Drive High School and Horton High School. Both teams are loaded with talent which should bring intense battles every time they compete. The early indication for these teams will be this weekend as both compete in The Kingfisher Classic in Sackville Nova Scotia.

The Auburn Eagles get the nod as the number 1 team in Nova Scotia and on the east Coast because of their talent and their maturity. Levi Smith III, Johneil Johnson and Greg Manuel all of the 2015 class were intriacle parts of last years championship team and all of whom are legit CIS prospects. The team rounds out with super quick guard Andrew Beaulieu (2015) and Dakelle Brooks one of the East Coasts top 2016 players. The Eagles also possess a great deal of depth beyond this with very talented players like Tariq Thomas and Jarvis Colley who have been provincial team mainstays. This team is loaded 1-12, but make no mistake this is Johneil Johnson’s team to lead– the top 2015 High School player in Atlantic Canada.

The Horton Griffins who are the second ranked team in Nova Scotia and Atlantic Canada start with Gage Sabean a 6-5 guard who is arguably the East Coasts top 2016 player. Ian Thomas (2015) is an excellent all around player and along with 2016 Matt Ingham may be Horton’s glue guys. The roster rounds out with 2015 super quick guard Mitchell Tempro, 2016 Dre Medicraft and one of Atlantic Canada’s top 2017 prospects Keevan Veinot.

The Sackville high tournament as well as the Cobequid Education Centre Tournaments this weekend will be give insight as to how the 2014/15 season may unfold as the top teams in Atlantic Canada are competing in these two very well planned tournaments.

Did not receive remain der of schedule, Championship game Saturday November 29 at 3:00pm.