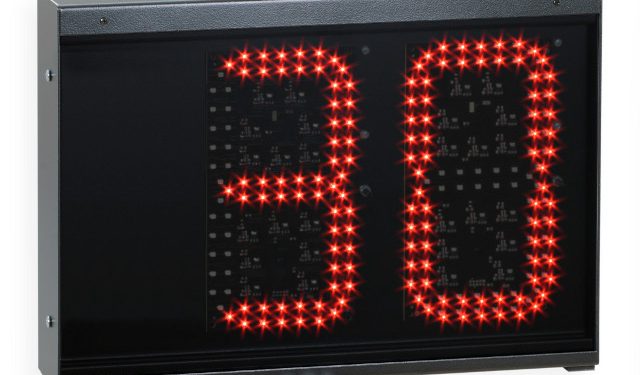 Ontario high school basketball is in desperate need of a shot clock.

Ask around in any basketball circle in the province, and there would be a general consensus; a shot clock will help elevate the game on multiple levels.

Every province in Canada outside of Ontario uses one, and it makes little sense that the region producing the most talent in the country still does not have a shot clock implemented across the board.

The frontrunner on this issue is the TDCAA City-Wide league in Toronto, who have been playing their season with a shot clock for the last three years at the senior level.

This year, all boys leagues (junior & senior) have it, with a 24-1 vote in favour of the shot clock for girls in the coming year.

Mother Teresa’s Richard Gallacher has been coaching on the high school scene for one of the top programs in Toronto for the last 17 years, and has been a catalyst in bringing in the shot clock to the forefront.

“It took some convincing, I’ve been pushing it for about six years, it took a while for coaches to buy in, and now they love it.”

Gallacher stressed the fact that the style of play with a shot clock provides more touches, more shots and more players making plays.

“Without a shot clock, two or three players can dominate the ball; it forces every player to become a threat, increases skill development and the confidence of every kid,” Gallacher told North Pole Hoops.

“It gives different kids an opportunity to do things they may not do without the clock.”

At first coaches were concerned that having the clock would create blowouts, however Gallacher argues the opposite saying, “if anything, it decreases the blowouts, because even the good teams have to rush.”

He admits that there was a transition phase as both coaches and players had adjustments to make, however for the reasons mentioned above, it is well worth it.

The obvious concern by some, is the cost of the shot clocks, however Gallacher explains that the perception is it’s too expensive, when in reality, approximately $1,200 is less than the cost of team jersey’s…most importantly it’s a one-time fee.

Then there’s the question of how many seconds is the best for the high school level? I’ve always been a fan of 30 seconds at this level, as the medium between college (35) and the NBA (24). Regardless, the length is ultimately a minor issue in the grand scheme.

Desperate need of shot clock in Ontario High School ball, part of the game’s progress, gets kids ready for next level, betters the game

I will reiterate! We need a shot clock in Ontario HS Bball for so many reasons. Length can be figured out. Sport Evolves.

Canadian basketball is booming indeed, however there are several issues at the ground level that need to be addressed, with the shot clock being up there at the top.

If we can address this key issue as a community, it would be a great step in the right direction for growth of the game at the amateur level.

Anybody with a true appreciation for the essence of the sport would agree that it’s time for a shot clock to be implemented on the Ontario high school basketball scene.

We’ve been saying it for years…it’s time to collectively take action.