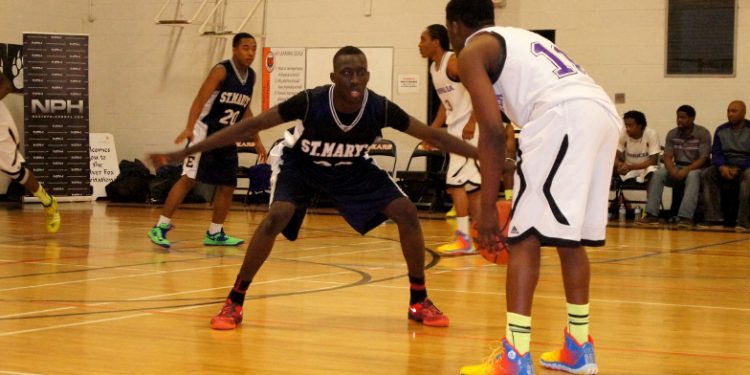 ST. CATHERINES, ON–Our team of scouts have been active across Canada attending tournaments to discover the next crop of the nation’s finest talent, as well as tracking the progress of teams and prospects alike. This weekend I am blessed with the unique opportunity of attending the All Catholic Classic in St. Catherines, a tournament hosting the deepest pool of talent this season.

St. Mike’s has gripped the championship trophy for the past two years with big performances from the likes of Duane Notice (freshman at South Carolina) and Malcolm Duvivier (freshman at Oregon State) in 2012, defeating Grant Mullins (Sophomore at Columbia) and Notre Dame. Last year, rising star, Nelson Kaputo hit a buzzer beater to hold on to the title with a win over Holy Trinity.

Asides from having five nationally ranked teams participating, a flood of prospects from the 2018 class all the way up to the graduating class of 2014 will be on a mission to take the top spot at the All Catholic Classic away from the #1 team in the country, St. Michael’s College.

Campion is coming off a championship from the Sheridan Cup where they defeated B-town rival D’Youville. They will again look for the senior Curwin Elvis to lead the way. Campion has been looking solid since the Christmas break and will likely make a deep push in this tournament.

Below is what the draw looks like. If there’s a team that can make a case to climb in the national ranks it’s got to be Kitchener’s St. Mary’s. They love to play at a high speed, but this has also led them into trouble; having yet to show a composed half court game. This tournament will be the next test for them among the country’s best.