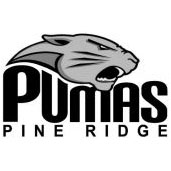 The #NPHTop25 National High School Rankings were released yesterday, and it seems that the Pine Ridge Pumas got the memo, defeating #8-ranked Eastern Commerce 75-71 at the Mother Teresa Invitational.

Every team can be beaten on any given night–a statement that has already been proven throughout this season. Pine Ridge has now added another quality victory to their resume, which already includes victories over Oakwood and JC Richardson.

Stay tuned for more coverage on the MT Invitational.