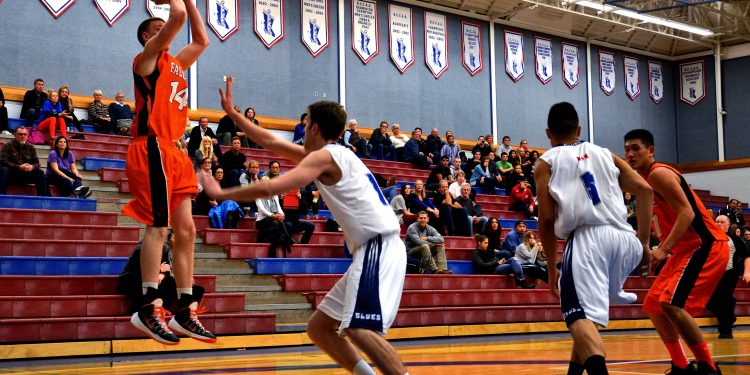 With only a single game of basketball for each team this past weekend and no resulting upsets, the rankings haven’t budged since Week 3.

VIU hammered Camosun 93-51, urging me to completely disband the term ‘island rivalry’ from my vocabulary for the rest of the season. I’m upset to have even mentioned it in that last sentence.

Brandon Jones, third in PacWest scoring at 19.3 points per game, had a rather quiet offensive outing but still managed to put up an impressive stat line, tallying nine points, seven rebounds and 13 assists. The frontcourt duo of Jason Fortin and Seth Goodman led the Mariners in scoring at 19 and 14 respectively. Goodman and Fortin are currently the top-two rebounders in the league, with the former slightly edging out the latter 9.2 to 8.5.

VIU is torching the rest of the Lower Mainland, scoring 25.4 more points on average than their opponents so far.

But the lull in movement throughout the rankings may be short lived.

Douglas remains the leader of the Dungeon of Losing Records (excluding Capilano – who is better than their 2-4 margin suggests), while Langara is about to meet VIU on a collision course that will determine arguably the best team in the PacWest.

Because I cannot adequately attempt to predict the outcome, I instead offer this – Five Reasons To Get Amped Up For Langara vs VIU:

Elsewhere, Quest had continued to cement their firm hold on third place with an 82-68 win over Capilano. The Kermodes benefitted from a Blues forfeit in Week 1 (in which Cap had an ineligible player listed on their roster), and backed it up with another victory on the road – minus an asterisk this time. Quest’s Cartiea French-Toney had a game-high 23 points along with nine rebounds.

CBC edged Kwantlen 67-59, leaving the Eagles with a dismal 1-5 record and helping them into last place. CBC might not challenge the best teams in the league, but they’ve done a more than respectable job early in the season – staying competitive with the rest of the Dungeon.

But Kwantlen, in contrast, is underperforming – plain and simple. I didn’t expect the Eagles to be making Langara and VIU nervous, but I sure as hell didn’t expect them to be the worst team in the league. This weekend’s matchups against Capilano and Quest are sure to pile on the grief.

Vancouver hoop heads are blessed this weekend with a triumvirate of local basketball action. The Tsumura Invitational takes over the Langley Events Centre on Saturday and Sunday evening, while UFV hosts UBC in Abbotsford Friday and Saturday night.

But if those games alone don’t adequately feed your fix, I suggest heading to Langara on Saturday at 3 pm for what is sure to be one of the most entertaining and passionate PacWest games of the year.

Just get there early, and be prepared to stay late.