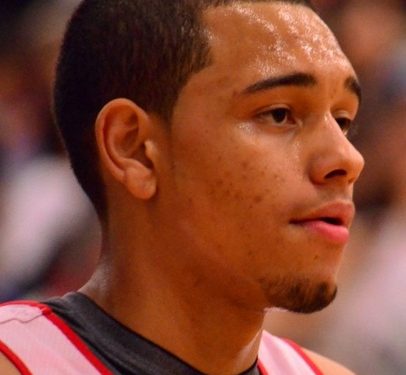 Tyler Ennis (Brampton, ON) lead St Benedict’s with 19 points, five rebounds and three assists as well as two key defensive stops in the fourth quarter swiping for steals to gain possession for his team.

The victory for St Benedict’s ends Findlay’s 54-game winning streak and earn them a spot in the National high school invitational championship against Montverde. ESPN caught up with Ennis following the game, where he explained his team’s willingness to win.

“Heart…all of us were tired coming into today, but we knew we had revenge from last year. Everybody felt it…everyone came in and felt like an underdog,” said Ennis.

“We just wanted to come in and prove to everybody that we’re one of the best teams in the country.”

Mission accomplished as the Gray Bees knocked off the Pilots, who have won three of the four NHSI titles.

Canadian forward Denzell Taylor (Brampton, Ontario) posted a strong game, a near double-double of nine points and 12 rebounds. Taylor, has recently requested a release from Old Dominion according to Adam Zagoria.

As Ennis (Syracuse Commit) enters the NHSI championship, his Orange will battle with Michigan in final four action. While Syracuse will dance against a star-studded Wolverines squad, Ennis and St Benedict’s will take on a deep Montverde team that features two McDonald’s All-Americans in Florida Commit Kasey Hill, and Kentucky commit Dakari Johnson.

Hill vs. Ennis will be the marquee match up and the Canadian PG would like nothing more than to add to his impressive resume and finish with a victory, as he told ESPN.

“I just want to win it all, in my last game of high school.”