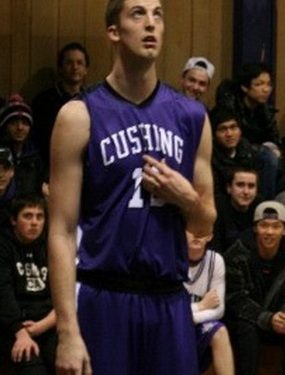 The CIS will welcome a legit seven-footer into the league. Cameron Smythe spent his post-grad year at Cushing Academy in Massachusetts, after playing four years at Sir Charles Tupper in Vancouver, BC.

Smythe now joins the CIS national champion Carleton Ravens to make them a bigger threat in every sense of the word. He  also had an offer from Niagara (NCAA) but in the end, the #1 team in Canadian university basketball wouldn’t be turned down.

“I chose CU because I thought it was a great fit for my style of play. CU also has great coaching and it is shown in past years by getting CIS championships. They are clearly doing something right with the program and I want to be a part of it,” Smythe told NPH.

The 7’0 centre is very skilled with a good passing game and a dependable shooting stroke that stretches out behind the arch at times. Defensively, his length will help him alter and block shots while snatching rebounds over his opposition.

On the other hand, Smythe’s weakness has always been his physical strength, which he’s been working on over the past season, adding 15 pounds of muscle.

“I still need to get a lot stronger but that will come with time and hard work sticking to the weight room.”

This is an exciting addition for the Ravens as Smythe has great upside, and will undoubtedly be pushed under Dave Smart, the Ravens coaching staff and each member on the team.

“Going up against Tommy, Tyson, and others will be very beneficial for me in my freshman year because I am playing against the best players in the country every day,” said Smythe.

“Tommy and Tyson have such high accolades in that regard. Learning from them will just push my developement so much further in a posititive way.”

Other incoming recruits for the Ravens are  former OUA all-star Victor Raso and 6’7 freshman Brody Maracle.