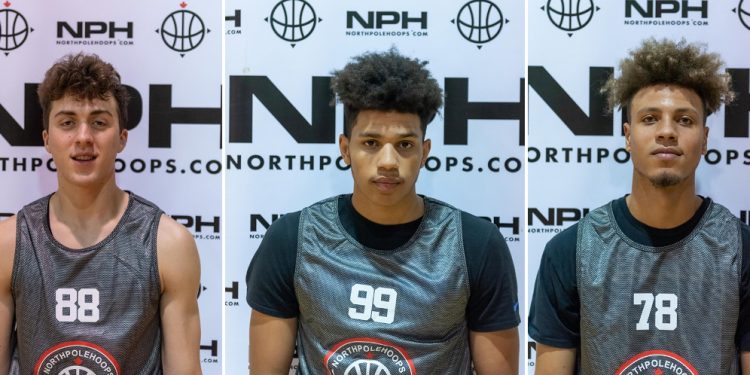 For the last 10 years, the Toronto stop in the NPH Showcase Circuit has had the top talent and been the most competitive. This year, that wasn’t the case for Toronto. It was Hamilton, thus far, that has had the best talent collectively and Matteo Zagar is an example of that, the upperclassmen MVP from Hamilton, who is rising in the National Player Rankings for the class of 2021. He and several others are seeing a spike in their recruitment following that exposure camp. 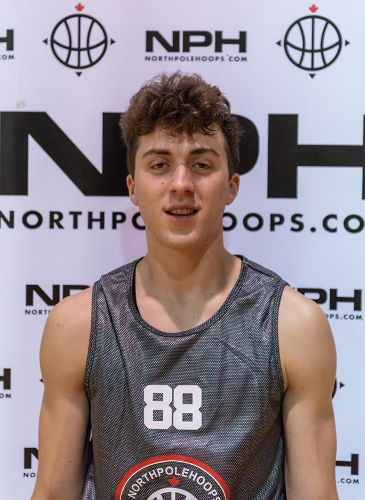 Zagar has heard from Butler University of the Big East conference and has gained interest from Northeastern and Santa Clara. Canada’s only NCAA DII basketball program, Simon Fraser University is also actively recruiting Zagar, since head coach Steve Hanson watched him at the Canadian National Invitational Tournament (CNIT) in July.

This was Zagar’s third time at this exposure camp and every year he has shown major signs of improvement. Between year one and year two he had added muscle mass and strength, between year two and three his explosiveness and above the rim finishing stands out. As his three point shooting continues to improve he can end up being recruited by some of the highest levels in both NCAA and USports.

We’ve had Zagar on our radar for the last few years, yet pre school and post-secondary coaches are just starting to familiarize with his name and play.

It wasn’t an easy call to choose the MVP. There was a heated debate between coaches, each making a case and points for their choice.

The other name that kept coming up all weekend was Tyson Dunn, a class of 2020 PG with an elite handle on the rock.

We had been scouting Dunn’s game in July while he suited up for the Northern Kings, but with such a strong line up of guards on that team for the AAU circuit, he didn’t have a lot of opportunity to be a lead guard and primary ball handler.

Dunn’s game, even during his days at Vaughan has been eye catching by coaches and scouts. There’s a certain level of composure that a basketball purist would appreciate about Dunn. It’s not that he’s flashy, its that he’s ultra smart and has incredible vision while keeping the ball on a string in tight spaces.

When considering the fact that he’s an elite student as well, we can project that the IVY League, Patriot League and other high academic places of the NCAA will take notice. In Canada, UofT is already all in and would love to have his services if he were to stay in Canada.

There’s a lengthy list of names that have been mentioned in our scouting report and player profiles but there’s a few more to bring to the forefront based on their performance at camp. 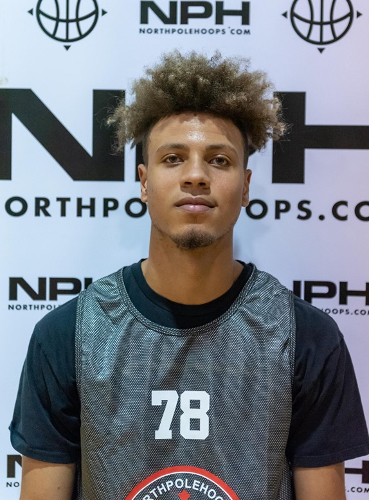 Dawson John (2020) was another prospect that had made a case for the being the top prospect at camp. Crazy what a summer of being in the gym and working on shooting will do for a player. He was already a slasher and dunker, now he can connect from long distance with more consistency.

He and Luke Degannes have a similar mold and style of play. Both wings can rebound in large amounts, start the break and play their best games in transition. While they were already known prospects, this past year of development has made them seem like new talents. Again, taking into consideration projections, there is still a high ceiling for both of these guys to reach a high place at USports or cap at a mid level NCAA program.

Asides from the names mentioned above, here is a list of guys that will be graduating after this season or the next that stood out in our scouting report.

Parker Davis maintained a level of play that set him apart from the rest of the group of underclassmen at camp. In the Top Prospect game at the end of camp he showed that defense was a priority to him. His two-way play earned him MVP.

As a member of the 2022 Canadian class time is really on his side. The next step for Davis is to develop his body leading into this year’s high school season. The skill package at this time shows that he can get his own and set guys up.

The one player to challenge Davis for MVP as a true underclassmen was Augustus Brazdeikis. If that last name looks familiar to you, its because it is.

Augustus is the younger brother of former Michigan Wolverine and current New York Knick, Ignas Brazdeikis, who heard his name called in this year’s NBA Draft.

Class of 2024, hovering around 6’3 so far and can flat out get buckets. He has the knack for scoring that Ignas has and can get to where he wants on the floor. He is someone we will be watching very closely over the years as he continues to develop explosiveness off the dribble.

This Monday the North Pole Hoops team flies out to Edmonton where we’ll start the Western Canada swing and then later follow to Calgary, Victoria and Vancouver, British Columbia. One mission…Find and expose Canada’s top basketball talent.