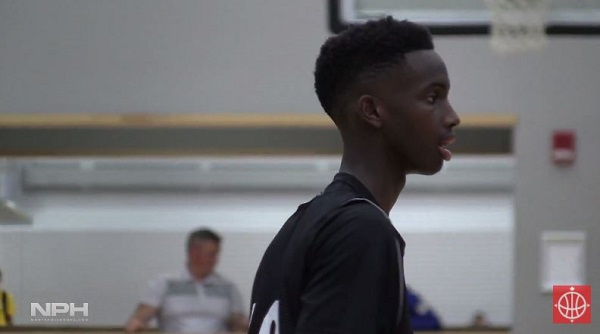 EDMONTON, AB–Lars Ishimwe is widely regarded in the city of Edmonton as the top PG around. He showed a variety of breakdown moves and elite vision and playmaking while on route to earning MVP of the Edmonton Showcase. He’s due for a big season during the high school year with the storied program of Harry Ainlay. MVP for the summer and now looking to take a provincial title to cap his high school career.