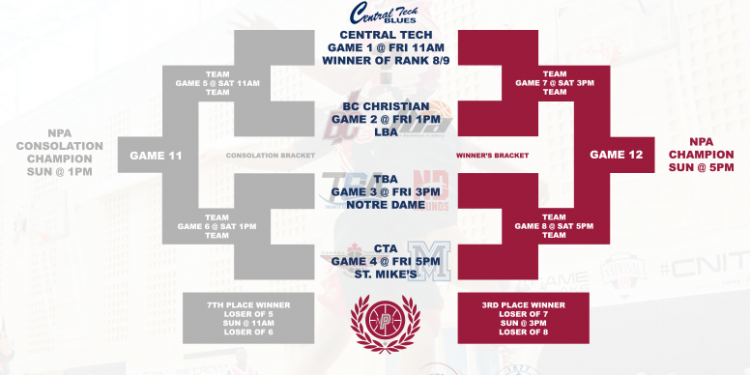 The NPA National Championships are kicking off this weekend at the University of Toronto-Mississauga campus, where eight teams from across the country will battle for the inaugural title.

A play-in game will take place on Thursday, March 30 between #8 GTA Prep and #9 Rothesay Netherwood, 6PM at Erindale Secondary. Winner will enter the championship tournament, which will take place at the University of Toronto-Mississauga campus.

Central Tech enters as the #1 seed and will take on the winner of the play-in game. #2 Toronto Basketball Academy takes on #7 Notre Dame, who is 2-0 against TBA during the season. #3 Canada Topflight Academy matches up against #6 St Michael’s, fresh off a AAA OFSAA championship. #4 BC Christian faces off against #5 LBA.

No games are guaranteed. Win and Advance.