Dillon Brooks may be on pace to start season with Oregon 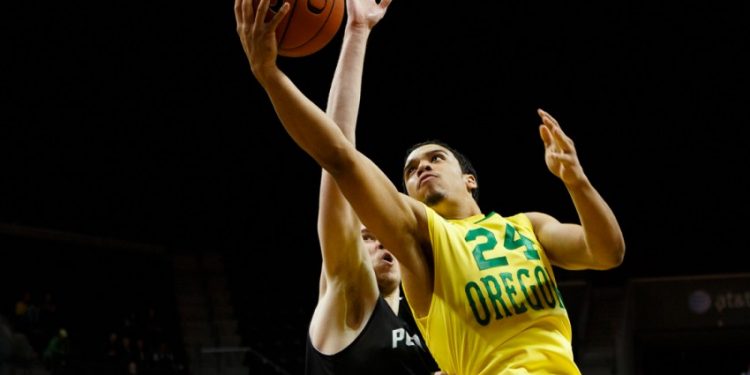 Oregon forward Dillon Brooks was cleared to drop the walking boot on Wednesday, according to Steve Mims of The Register-Guard. This moves up the timeline for the Mississauga native, who was expected to miss time early this season for the Ducks.

Dylan Brooks got boot off his foot yesterday. Said no timetable for return but seems like he shouldn't miss many games at this pace.

Brooks led the Ducks in scoring with 16.7 points per game, was tied with Casey Benson in assists per game with 3.1, and trailed only Montreal’s Chris Boucher in rebounding last year.

Brooks, Boucher, and Brampton’s Dylan Ennis will be the major core for this season’s Ducks, and will look to make waves as a Canadian contingent doing work in the NCAA this year.