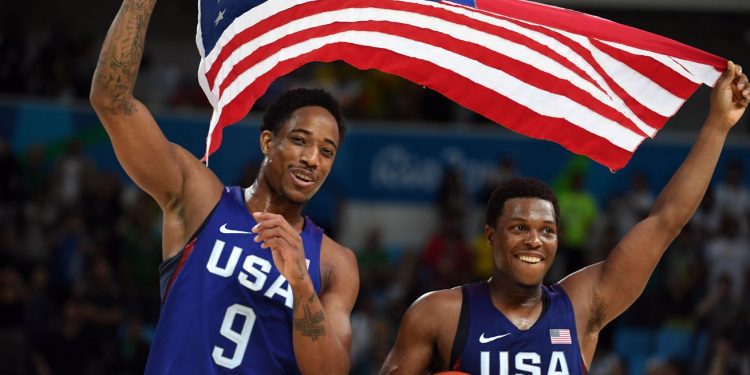 Lowry finished with five points, five rebounds, five assists, and two steals while obliterating the ankles of defenders with moves like these:

It was none other than DeMar DeRozan on the other side of this  play via Paul George, he finished the game with six points on an effective 3 for 4 from the field.

Kevin Durant led all scorers with 30 points in a game that showed off the Americans’ dominance. Durant and Carmelo Anthony both surpassed LeBron James on the all-time leading scorers list for Team USA, in a tournament where the US never really had to flex its muscles.

This marks the first Olympic Gold for both Lowry and DeRozan, and will go nicely with DeMar’s World Championship Gold from Spain in 2014.