The Ravens roll with a deep bench… In more ways than one. 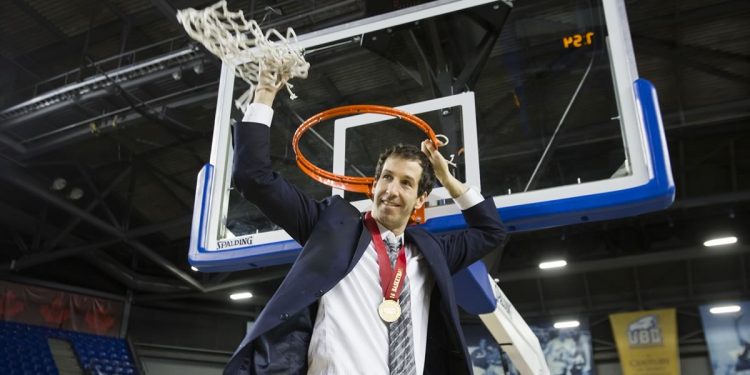 Dan Rubinstein out of Carleton University posted a fascinating piece on Ravens Interim Head Coach Rob Smart, who just led the Ravens to their sixth straight National Championship during a year where many expected them to be rebuilding.

Instead Coach Smart, who has been a longtime assistant coach to his Uncle Dave, brought back Carletons 12th CIS Championship title in the past 14 years.

On top of his contributions on the court, Smart is also a professor at Carleton’s Sprott School of Business, where his main research interests are teamwork and organizational change.

Smart brings an unique perspective on teamwork to the Ravens, one that holds everyone accountable in a very critical way.

The honesty and openness of his teaching method may be uncomfortable for some, but Smart believes that the teams that accept this criticism open themselves up for improvement exponentially.

Tyson Hinz, a former Raven forward now playing with Zwolle in the Dutch Basketball League, interacted with Smart in both of his roles at the University, and says at the end of the day it’s all comes down to one thing for his former Coach. As quoted from the article:

“I was able to view the teaching version of Rob as well as the coaching version,” he says. “Despite being in two different environments, Rob’s core values were apparent both on the basketball court and in the classroom. He wanted the success of his students in the same way as he wants the success for his players on the court.”

Toronto VS Miami – Round 2 Preview