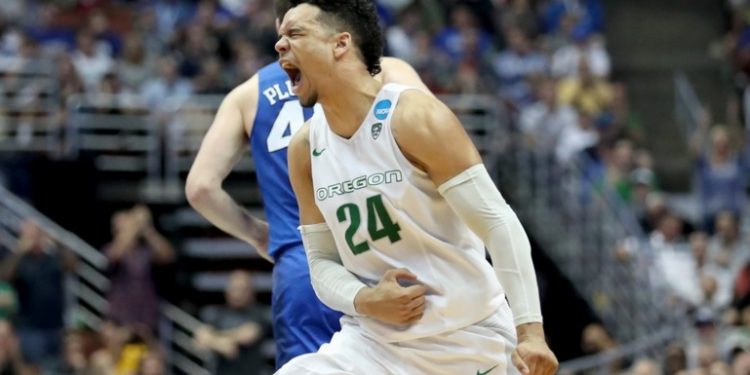 The Ducks passed this test with flying colours, behind Brooks’ 22 points, five rebounds and six assists on 9-of-19 from the field, as Kobe Bryant looked on in the crowd. In the process, the 6’6 Canadian forward boosted his NBA stock, while moving on to the Elite 8.

On the flip side, Ingram lead Duke with similar stats–25 points, five rebounds, three assists and two steals on 9-of-20 from the field.

With two of my final four picks out (Kentucky, Michigan State), Kansas and these Oregon Ducks move on.

I have the Ducks taking the national championship due to their combination of hounding defense from all angles, including the best shot blocker in the nation in Chris Boucher, plus superb offensive play.

Oregon has multiple offensive threats; they move the ball and bodies with purpose…they simply carved out the Duke defense.

In addition, this team can play in the half court, but also thrives in transition…all lives bodies with mobility from 1-5.

Oregon moves on to play against the Oklahoma Sooner, who feature another lottery pick in Buddy Hield.