Stefan Jankovic the Key Against Maryland. Hawaii Another Upset? 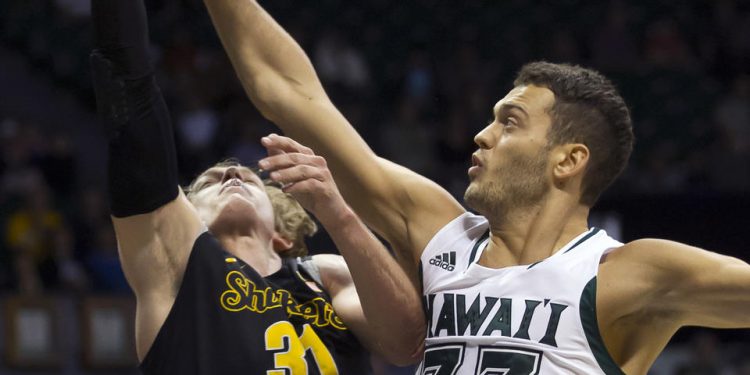 The thriving metropolis that is Mississauga, Ontario has been one one of the fastest growing cities in Canada as well as one of the top producers for NCAA and NBA talent with names like Nik Stauskas, Andrew Nicholson, Naz Long and others as natives.

Another name to get familiar with is 6’11, 235 pounder Stefan Jankovic of Hawaii who plays tomorrow against Maryland in the NCAA tournament’s round of 32.

Even after picking up the Big West conference player of the year, he has not received as much pub as he is deserving.

Jankovic started off his college career with Missouri along with former high school and AAU teammate Negus Webster-Chan, and opted to find, “a better fit where I could play a larger role on the court,” as he put it.

In Hawaii, an opportunity was at hand to be “the man” for this team, and that he has been; averaging 16 points and 6 rebounds on the season.

This game will have him and the Hawaii Rainbow Warriors go up against one of their toughest opponents of the year, the number 5 seeded Maryland Terrapins. A big game for Jankovic tonight can help him make a big splash nationally.

He is sure to give Maryland problems when they’re defending because of his versatile skill set in being able to shoot the 3 ball and take the ball of the dribble from the perimeter. In pick and roll and pick and pop situations he’s highly effective and can finish around the basket.

If Maryland has scouted Hawaii with a major focus on Jankovic defensively then the Rainbow Warriors will need greater production from junior guard Aaron Valdes.

If Hawaii can manage to pull off another upset they’ll be bumping into either Kansas or Connecticut in the sweet 16.

Can Jankovic take Hawaii past another top seeded opponent?