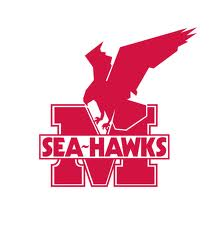 Key losses: No one

The Memorial Sea-Hawks play in the AUS, a league where the teams are both equally matched and sparsely located among the Atlantic provinces. Difficult and tight games, as well as long traveling hours, are staples of daily life in the conference. “Top to bottom, it’s very competitive,” Memorial head coach Peter Benoite says. “There are no easy games in our league.” What there is, however, are the occasional four-point games. This season, the Sea-Hawks’ success could depend on their ability to withstand a tough January stretch, when they will play four of six games away from home.

Memorial head coach Peter Benoite tells NPH that he is cautiously optimistic for the upcoming season but in the same breath, he insists on the word cautiously. “We came off a good year for our program. […] We gained confidence, getting ourselves in the playoffs,” he says. “We’re ready to play very well, but I always say that the proof’s in the pudding.”

Benoite has started working on the proverbial pudding. “We’re trying to be less one-dimensional and able to score in multiple ways and basically be harder to guard,” he says. “At the guard position, we’re a little bit deeper than we’ve been in the past.” He’s counting on the return of Davion Parnsalu and arrival of Daniel Gordon to complement his two all-stars in the post, Caleb Gould and Vasilije Curcic.

With a team returning every key contributor from a year ago, the hope is to use this roster continuity to build on last season’s growth. Benoite says that the Sea-Hawks “have some belief now that we can be a good team.”