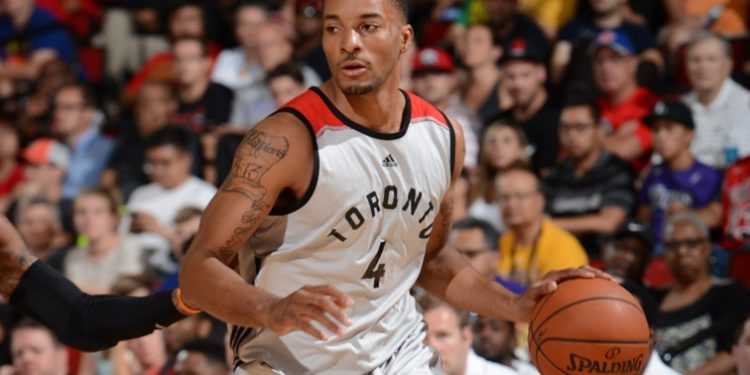 Though the Raptors’ summer season ended with a 3-2 record and no “Vegas” championship, Toronto has reason to celebrate with the play of Norman Powell.

On Monday it was announced Powell was selected to the All-NBA Summer League First Team, among the five best players in the showcase.

The 6-4 guard with 6-11 wingspan displayed the ball-hawking talent that Raptors observers believed they had with a steal of a pick in the second round at 46th overall.

Not only was Powell the only second-rounder to be selected, he was the ONLY player selected in the 2015 draft named to the All-NBA Summer team.

Per the Toronto Raptors;

The National Basketball Association announced Sunday that Toronto Raptors guard Norman Powell has been named to the All-NBA Summer League 2015 First Team, as selected by a panel of media members.