CNIT 12U: S-Elite Has The Target On Their Backs 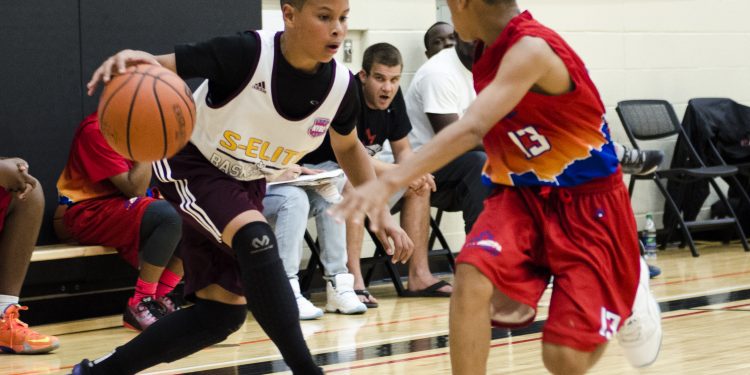 Day one of the action at the first ever Canadian National Invitational kicked off last night in Burlington, Ontario at Haber Recreation Centre. The 12U brackets are shaping up to be one of the stronger crops and a further indication of the direction that the game is heading in the North.

Joshua Bascoe and Xavier Fearon led the way in ritualistic blow out wins for S-Elite to start their Canadian National Invitational Tournament experience. This 12U squad is widely considered the top team in the country for the 7th grade and the target remains on their back moving into the later days of the tournament.

They are lead by the poised PG play of Bascoe and Fearon and have a full roster of guys that can step up and contribute in different categories.

In last night’s wins every player from this team had five or more points in both games, winning by an average margin of 45 points. This large margin doesn’t come from the weakness of the opponent, rather the strength of S-Elite; a squad that’s been together since the third grade.

Sebastian Campbell is a force in the paint, with lower body strength that allows him to establish position for both rebounding and entry passes from the wings.