Jamal Murray Back to his Roots @ Tri-City Top-40 Camp 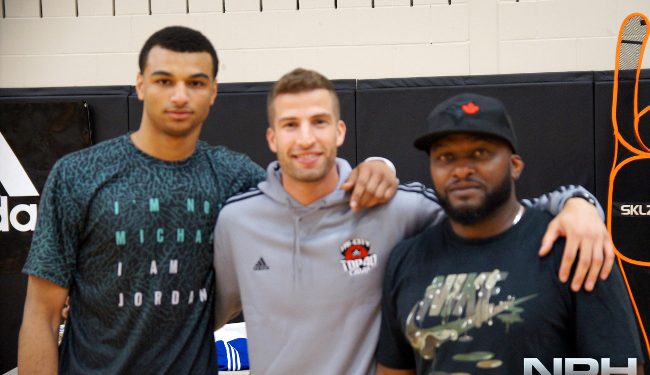 Three years ago Jamal Murray was sitting in the same spot as the 2015 Tri-City Top 40 campers, where he was out to make his name.

In 2012, Jamal Murray entered the NPH Top 10 National Rankings on first sight, and never looked back, continuing to climb his way to the top spot in Canada, and now the world, following his MVP performance at the Nike Hoop Summit.

Murray came back to his roots this weekend, along with his father Roger to speak with young campers, who had their eyes and ears locked in on the local star product.

The 6’5 guard out of Grand River secondary gives hope to the next generation of ballers that aren’t from “the big city.”

Murray spoke to campers about committing to the game, staying focused & removing distractions from their lives; an experience for these 9th & 10th graders that will be ever lasting, and could impact the rest of their respective careers.

During the question session, one witty camper raised his hand and asked, “where are you going to play next year?”

A question that the entire basketball world waits on.

Murray remains patient, in the gym, and back to his roots.

Simon Chamberlain – More Than The Sharp ...

Canadians in NBA Draft Workouts: Who could ...