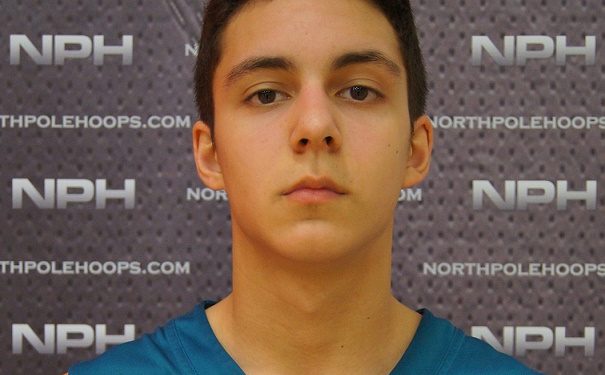 A chance to learn about the unknowns while seeing how they stack up against some of the top ranked teams in Canada.

Clythus Griffith is a prospect that was discovered this past summer, catching him on the circuit with Brampton Warriors and at the NPH Showcase in Toronto. He continues to excel, and brought his team to the semifinals against host team Campion while averaging 18 points per game to go with his handful of assists.

There are other prospects playing for less celebrated teams who are on the radar which we will continue tracking throughout the season.

Castlebrook On the Map, Gives Campion A Fight

When a gritty unranked opponent matches up with a top 10 team you cannot underestimate the underdog.

Castlebrook put up more than a fight with St. Edmund Campion; they went to war, both teams were unable to pull away and extend their lead.

Kayode Fakomi was the X-factor for Castlebrook while crashing boards aggressively, blocking and altering a ton of Campion shots. After the second quarter the Campion Bears strayed away from taking it to the hole.

Fakomi was instrumental in giving Castlebrook their first lead of the second half, many of his defensive rebounds turned into outlet passes to Omar Shiddo who finished on the other end.

Coach Omar Miles has shown a lot of trust in his ninth grade guard, Joel Brown. He plugged him into the line up in the final minutes and Brown produced by creating open shots; one shot in particular that gave Marcus Anderson an open look from three and a Bears lead that would edge out Castlebrook 51-45.

Many CIS coaches were in attendance throughout day one of the Campion Showdown: Carleton, York, Bishops, Western, Brock, Nipissing, Laurier.

We’ve said it before, and we’ll say it again–Nikola Farkic is the best passing lead guard in the country for the Canadian class of 2015, due to rare vision and ability to see plays before they happen.

From the set up of the play to the placement of his passes, he is a falt out playmaker. Farkic hits his targets with precision, putting teammates in position to take a high percentage shots.

Farkic and Sasha Simic carried Cameron Heights to a 2-0 start at the Campion Showdown without their big man Ivan Cucak, who is out nursing a sprained ankle.

They will play in the semifinal against St. Francis Xavier who has more than a few scoring options to worry about.