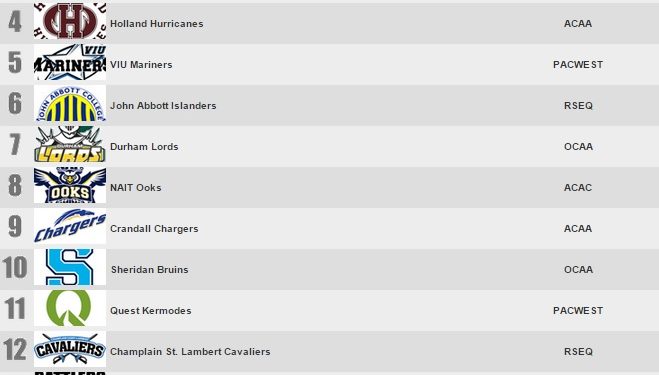 Entering the CCAA season, the defending National champs hold the number one spot in the country–the Langara Falcons defeated Red Deer last season to claim gold in exciting fashion, despite a late scare thanks to Lloy Strickland.

Perennial Canadian College power Humber checks in with the #2 spot.

Representing Alberta, the Lethbirdge Kodiaks are at #3, while the East Coast has Holland College, who is proving to be a National title contender early on.

Rounding out the top five is another British Columbia squad, the Vancouver Island Mariners.