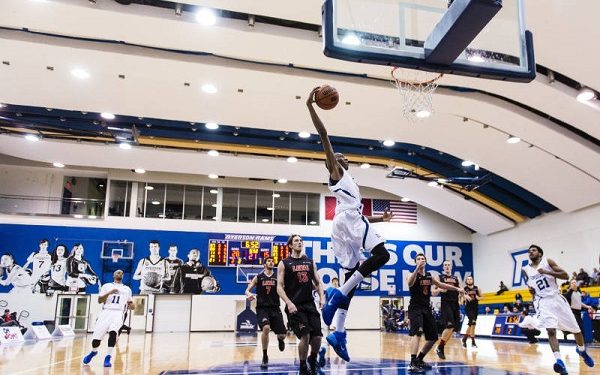 TORONTO,ON–The annual Ryerson University National Invitational Tournament (RUNIT) had the OUA’s East Division, Ryerson Rams trample over their competition in a similar fashion to what has happened in the first half of the season. Over in Manitoba, division rivals Ottawa Gee-Gees came out on top of the Wesmen Classic which was hosted by the University of Winnipeg.

What do these two teams (Ryerson and Ottawa) have in common?

They both hold an 8-1 record at the start of the second half of the season and both are about to dive into games against tougher East Division competition. Ryerson’s only loss this season is to the first place team in the West, the McMaster Mauraders (7-3), whereas Ottawa was defeated by the defending champions, the Carleton Ravens.

Ryerson’s mentality towards the second half of the 2013-2014 season is explained by Head Coach Roy Rana, “We’re looking forward to the next game and then the one after that, one game at a time. We haven’t really circled anyone into our calendar.”

First year Ram, Adika Peter-McNeilly walked away with MVP recognition at RUNIT averaging 13 points, 6 rebounds and 3 assists. Rana comments on McNeilly, who is back home after playing in Texas at Clarendon College (JUCO).

“Adika has stepped in and made a seamless transition into the CIS, he’s doing what we ask of him so it’s hard to not have him on the floor.”