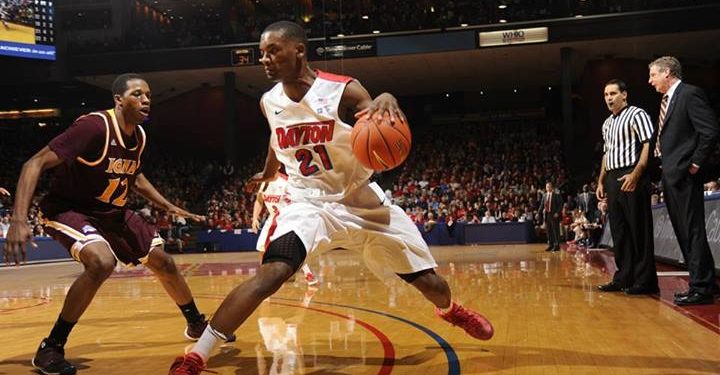 With a third of the NCAA season in the books, the star players are starting to find there swagger. One guy was able to rise above everyone and put in an outstanding performance. However, Thursday did also see its fair share of blowouts. In these games, a few Canadians were able to step up and deliver good performances. Although the games were out of hand, this is a step in the right direction for these young guns trying to compete for playing time.

Dyshawn Pierre was NPH #4-ranked Canadian prospect in the class of 2012 & is breaking out for Dayton | Courtesy: Dayton Flyers