Nick Okorie of Oshawa Power Named Player of The Week 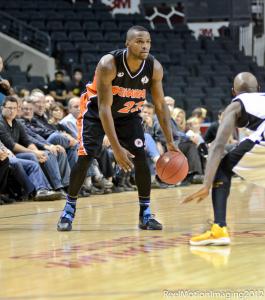 TORONTO, ON): The National Basketball League of Canada is pleased to announce that Nick Okorie of the Oshawa Power has been named the Recharge with Milk Player of the Week for the week ending December 16, 2012. This is the first time this season that a player from Oshawa has received this honour.

In addition to averaging 27 points per game during that span, he also scored 38 points in Oshawa’s 105-101 victory over the division-leading London Lightning, as Oshawa handed their provincial rivals their first regular season loss.

Okorie was also perfect from the free throw line, going 12-for-12 over that two game span.