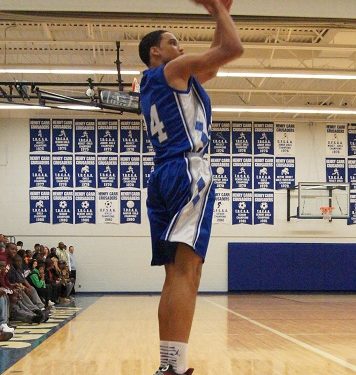 Dillon Brooks Filling it Up

Every year, the Father Henry Carr Early Bird kicks off the high school pre-season by inviting a collection of upper echelon teams in the Greater Toronto Area (GTA) to play under one roof. A memorable moment from last year’s event was the coming out party for Jalen Griffiths of Pickering High.

On day One of the 2012-2013 FHC Early Bird, Dillon Brooks, NPH #4-Ranked Prospect (2015) came out in beast mode with “that” look in his eyes, ready to prove a point. The 6’5 wing scored the ball in every which way–attacking the bucket, alley oops, mid range jumpers, three point pull ups– you name it, he did it.

Not only did Brooks display his scoring abilities, but also showed unselfishness, hitting team-mates with dimes and circulating the ball within the offense.

Emeron Rogers Fresh On the Scene

Mother Teresa came into the FHC Early Bird under the radar; we didn’t know what to expect or what type of fire power the Titans possessed. Before long, senior guard Emeron Rogers earned the respect of the defense as he was very impressive on both ends of the floor. The 6’2 combo guard displayed a complete offensive package guiding MT to an “upset” victory over NPH #3-Ranked McNabb 83-73 and a 59-55 loss to Edmund Campion.

*Important to note that MacNab was without multiple impact players*

Rogers posted team-highs of 25 and 18 points.

Play of the Day