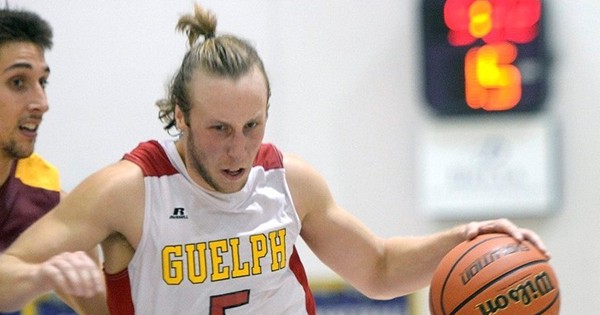 When the world gives you lemons, make lemonade.

Without several key pieces heading into the 2012-13 OUA season, the Guelph Gryphons are raising expectations a game at a time, and trying to stay positive.

This presents opportunity for several players who wouldn’t normally get a chance to make an immediate impact; something that will help a team with eight freshmen in the long run.

“It’s an on-going process when you have eight freshmen at this level, there’s a learning curve there,” said head coach Chris O’Rourke. “We’re taking it one day at a time and getting them as much experience and skill development as we can.”

The eight freshmen are gathered from all different sections of Ontario, and while chemistry may take time, the talent is evident according to O’Rourke.

“A lot of our freshmen are getting a lot of minutes and opportunity to contribute right away,” the 14-year bench boss continues. “Some of them are certainly showing some flashes. For our rookies it’s been baptism by fire.”

Stefan Cornelissen and Adam Kemp, a pair of 6-7 forwards, have performed well so far, as has young point guard Charles Amponsah of Brampton.

The player who has most taken advantage of the opportunity provided by the extra minutes has been Burlington native Trevor Thompson, a 6-5 forward O’Rourke sees plenty of potential in.

“Trevor Thompson has been starting pretty much from day one and he’s certainly someone we feel has a bright future,” said O’Rourke.

While the new players excel, they’ll wait on the possible returns of fifth-year players Kareem Malcolm and Daniel McCarthy.

Their combined 36 points per game will be missed almost as much as their veteran presence. And while the team has no seniors to start the year, a couple of juniors will try to step up and fill the role.

The preseason has been committed to developing work ethic and stressing team defence, as well as figuring out who can play where and what the roles will be like. The Gryphons plan to push the ball, have inside-outside balance, and execute the team system, but it will take time for the young core to adjust to the CIS level.

“Out of high school it’s a totally different game with the shot clock and how physical it is,” said O’Rourke. “Every day we just want to take it one step at a time. Our identity needs to be a scrappy team that fights and we’re teaching these kids how to do that.”

Guelph will open the season in Toronto matched up with the Varsity Blues on Nov. 9.