YAAACE Starts Off With Win At Adidas Super 64 In Las Vegas, New Names On Radar 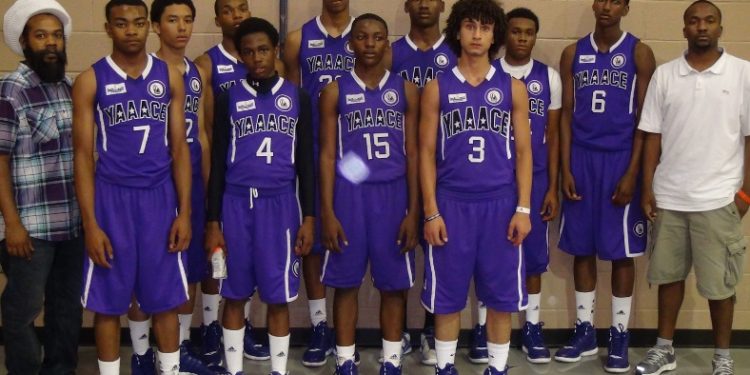 The constant rave over the 2016 6’7 small forward Justin Jackson is well warranted, however on his AAU YAAACE team there are many contributors that are on the rise and were sought out today during a huge defeat of 75-45 over Triple Threat. In the win, Jackson posted eight points for his YAAACE squad, he was more of a contributor on the boards; as he was with Canada’s Cadet team in the 2o12 FIBA America’s.

Putting in 10 a piece for YAAACE were Devonte Brooks and Quinton Hamilton. Brooks’ strength over his opponents allowed him to get in the lane and draw contact while finishing on these possessions.

Moreover, one of the team’s key players, Marcus Ottey will not be with the team in this tournament. He has chosen to represent his province at Nationals which are taking place in Sherbrook, Quebec.

Just coming off a strong run at a tournament in Indianapolis, this is one of Canada’s team that has built an understanding for what it takes to win on the circuit. YAAACE has a defense first mentality that allows them to build early leads and creates comfort coming into the second half. In today’s game they got off to a 28-4 run while their stud Jackson was on the bench.

There are too many names to call out that we will be looking for. Today’s game against the Colorado Basketball factory will be a good test and a chance to further evaluate this team while playing against strong competition.