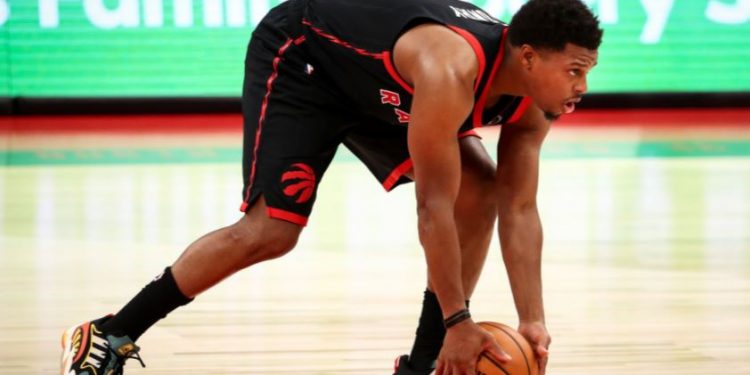 The Raptors notched their first winning week of the season heading into last Monday’s action. The pessimist would have said that their 4 victories have been over lesser opponents (Hornets, Kings, Knicks) and therefore not all that impressive. But the optimist would have said that the Raptors have been playing well for weeks and that their record did not reflect their talent. The reality is, Lowry is having a great year, VanVleet’s improving, Powell can still shoot and Boucher does a pretty decent Durant impression.

Despite the good, all that really matters are wins, and in that department, the Raptors are still lacking. They were tested again, against 3 dangerous opponents.

Toronto and Dallas mixed it up at Amalie Arena on MLK day. Dallas gets their share of positive publicity with Porzingis and Doncic playing the role of NBA darlings, but they were shorthanded and on a back-to-back. Toronto played with confidence and looked dangerous. Their starters are building chemistry, but it was their bench that was the threat. Coach Carlisle was ejected after 2 quick techs, but the Mavs stayed composed. The teams traded baskets like boxers exchanging blows until Toronto landed haymakers in the third. Their offense looked sharp, but it was their defense that delivered the knockout punch.

The shorthanded Heat took on the streaking Raptors in Tampa on Wednesday. Much like Toronto, Miami has built a culture of hard work and discipline, which means that even without their better players, they are still a problem. The first half was physical yet highly entertaining. It was a game of runs; Miami would open a lead only for Toronto to snatch it back. In the second half, Miami’s size became an issue for Toronto’s thin front court. Nunn was huge off the bench and Bam lived up to his namesake. The Heat outmuscled the Raptors to take game 1 of their miniseries.

It was another chance to see ‘life without Lowry’ as VanVleet led Toronto against the Heat on Friday. Lowry’s injury gave more time to Powell, he seized the opportunity with a strong shooting night. In the first half, the Raps were patient and selective with their shots. They also scored in transition off solid defence. But for all the good they did, they gave it all back within minutes of the second half when Miami tied it up. Toronto shook it off and impressively managed to rebuild a significant lead.  Powell and OG were especially dangerous as Toronto laid the smack down for the bounce back win.

Toronto visited the Indiana Pacers without Lowry and Siakam on Sunday. The Pacers rose to the top of the East behind Coach Nate Bjorkgren, a Nick Nurse disciple and former Raptors assistant. Toronto always plays hard with their backs against the wall and today was no exception. OG led the way with an excellent overall game while Powell helped supplement the scoring. Indiana fought back with a balanced attack and strong rim protection. With the game on the line, it was VanVleet, Boucher and Johnson that came up with huge game saving defensive plays. Toronto wins an absolute nail biter to end the week. 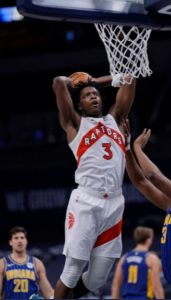 Anunoby stepped up for one of the best weeks of his career. He put in work in the off season to tighten up his shot mechanics and it has paid off because he now looks like a bonafide deep threat. His defense was outstanding, he cancelled out whoever he covered with strength and speed. He has also emerged as one of the NBA’s best pickpocket, OG is a constant threat to steal. In short, OG showed off the poise and polish that makes Coaches salivate. 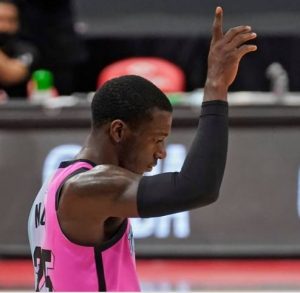 Injuries and opportunity gave Kendrick Nunn a chance to thrive in Miami’s backcourt. He showed out on Wednesday with an unbelievably efficient performance. He was the accelerant that kept Miami’s runs alive, converting on timely layups and backbreaking triples. While the Raptors did their best to control Miami’s starters, Kendrick exploded off the bench with lights out shooting to secure the win. 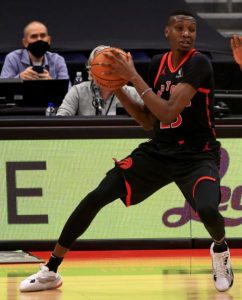 Toronto’s swiss army knife picked up another double-double off the bench in a big win on Monday night. Boucher filled the stat sheet with ease, he looks more comfortable now that he understands his role. Chris was able to match the scoring and rebounding production of the talented Kristaps Porzingis. He has yet to slow down from his hot start and his elevated play has now become an expectation. 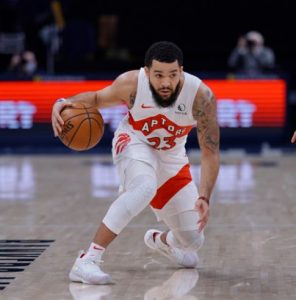 VanVleet did a solid job managing Toronto’s backcourt with and without Lowry. He was excellent at controlling the tempo and dictating the pace in Toronto’s wins. His scoring and assist numbers were strong and his improved rebounding continues to impress. Freddy also produced on the defensive end; his quick hands snatched 10 steals in his 4 games.

The games keep coming for Toronto as they face Indiana again on Monday night for the second half of their back-to-back. On Wednesday, Toronto will be home to take on the always difficult Milwaukee Bucks. On Friday, they will welcome the Sacramento Kings to Tampa and finally finish off the week with a Sunday night game against their instate rival, the Orlando Magic.

Magic Touch – The Raptors cure their ...