Believe the hype, Siakam leads Toronto to an undefeated week 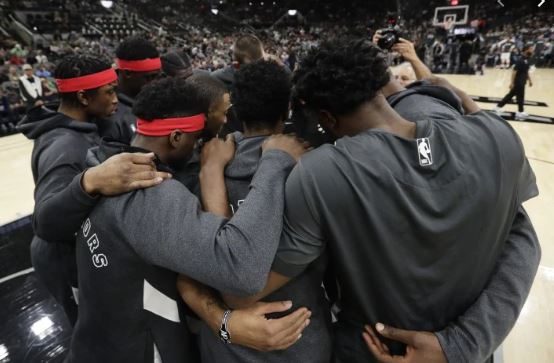 After reeling off 3 straight, Toronto started this week within striking distance of 2nd in the East. With a healthy roster, Coach Nurse now has an absurdity of riches, it was just a matter of making all the parts fit. Though 3 of their 4 games were on the road, they were all against beatable opponents, giving Toronto ample opportunity to work out the kinks and build momentum. With a locked in first unit and a reliable bench led by the scorching hot Powell, the Raptors were ready to remind the league how dangerous they can be.

It was an early start for the Hawks and Raptors as they met in Atlanta on Monday afternoon. Atlanta did a good job catching Toronto flat footed to assert themselves early. They matched the Raptors shot for shot and took a modest 3-point lead into the break. Toronto maintained their stalwart defense but couldn’t cash in on the other end. That was until the third when Toronto’s hottest player came alive to rain hellfire from distance. Powell went off for 27 points including a perfect 7 – 7 from deep. His stretch was so exciting that the Raptors bench turned into a mini dance party after every made triple. The Raps surged ahead on the scoreboard but just when victory was all but assured, Trae Young showed that he still had a few tricks left. Young led a rabid late game rally to turn an easy win into an unnerving nail biter. Toronto eventually broke Atlanta’s pressure and took advantage of some mental mistakes to escape with the win.

Toronto and Philly locked up on national television to write another chapter in their bitter rivalry on Wednesday night. Philly was without Embiid, but in his absence Ben Simmons has truly blossomed. The 76ers punched first, but they were suddenly derailed when they lost Josh Richardson to a hamstring injury. The Raps know all to well how that feels. Fortunately for Toronto, Philly does not have the same resiliency as the defending champs. The Raps chipped their way back into the game, spreading the offense around and setting defensive walls. They locked up Simmons, forcing him into 8 turnovers and only 2 fourth quarter points. Every Raptor who scored had 16 plus, with Siakam netting a double double with 18 and 15. The 76ers battled but VanVleet’s 6 triples powered the Raptors into the driver’s seat. It was academic from there as Toronto secured another home win.

The Raptors thought they would celebrate Siakam’s first All-Star appearance by beating up on the embarrassing Knicks on Friday night. The Knicks are languishing at the bottom of the East, but they were amped up to make a statement against one of the conference heavyweights. It was Star Wars night at MSG and at least for a half, the force was strong with NY. The Raps gave up a lead but, as they have proved so far this season, they are quite adept at playing from behind. Lowry turned up the intensity to come up with a boatload of intangibles that quickly erased New York’s advantage. The Knicks stayed in it by spreading the scoring and gobbling up 14 offensive rebounds. Toronto’s usual suspects went to work with Siakam and especially Lowry making an impact. KLOE was easily the best player on the floor and too much for New York to handle. Toronto keeps the streak going with another win.

With heavy hearts, the Raptors and Spurs took the floor on Sunday afternoon. It was hard to stay focused on an innocuous mid-season game with such devastating news hitting the league only minutes before tip off. Players were notably shook as both teams let the shot clock expire on their respective first possessions once the game started in memory of Kobe Bryant. Siakam led Toronto with his best game since his injury. He was simply un-guardable and set a franchise record with 25 first quarter points. The Raptors moved the ball and got whatever they wanted on offense, but the Spurs found away to climb back in it in the third. It was a nervous fourth quarter as the teams traded leads into the final minutes. In the end, the reigning champs pulled through to earn a sombre victory on a difficult day. 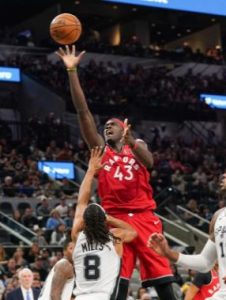 Siakam has gotten stronger with each game since returning from injury. It’s no coincidence that the Raptors have found their offensive rhythm now that he has regained his form. Siakam has been gradually heating up, culminating in a massive game against the Spurs on Sunday. He can slice to the hoop like a hot knife through butter and draw the attention of multiple defenders with or without the ball. With a deep bag of post moves, an unending motor, and an improving jumper, defenders need to pick their poison when they cover Siakam; he has the heat to burn in different ways. 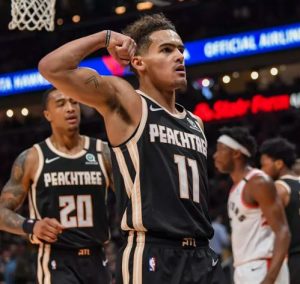 In his short career, Trae Young has already proven to be a generational talent. He is a prideful player, blessed with gifts that allow him to do anything he wants on the floor. Despite Toronto’s frigid defense, Young still went off for a big scoring night, the next leading scorer on the Hawks had 25 less points. He is already benefiting from the ‘superstar call’ as he made his paycheck from the foul line. Young was also incredibly unselfish showing off impressive vision. Trae has the right mentality and demeanor to lead a team, he just needs the talent around him. The first time All Star nearly stole a win all by himself.

Many people forget that VanVleet was nearly unplayable against the 76ers in last years playoffs. Ever since then he has carried a mountain sized chip on his shoulder whenever these two teams meet. Freddy did considerable damage from beyond the arc where he connected on 6 of his 7 attempts. He led the Raps in points, assists and minutes. Fred embodied the Raptors swag as he brushed away the 76ers like dirt off his shoulder. 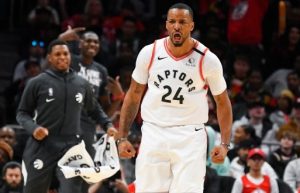 Powell has been the perfect supplementary player, able to make an impact at a moment’s notice with stellar D and dead eye shooting. His three-point accuracy has improved significantly which has opened up space in the frontcourt. Though his scoring has tapered off with Siakam’s return, he was exceptional in Atlanta with a team high 27 points in 25 minutes. Norm has elevated his reputation with his recent play and has become a versatile asset for Coach Nurse that can compete in any situation. Leave him open in the corners at your peril.

The Atlanta Hawks will be looking for revenge when they visit the 6 on Tuesday night. From there the Raptors embark on a mini back to back road swing through Cleveland on Thursday and Detroit on Friday. They close out their week with a home game against the Chicago Bulls on Sunday afternoon. Considering how this team is playing, don’t be surprised if they go 4 -0.